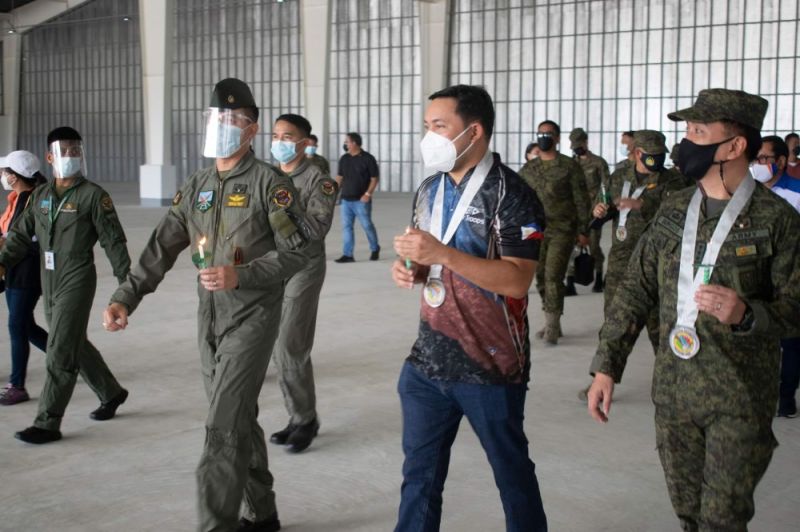 MORE than P100 million worth of new facilities in Fort Magsaysay constructed by the Department of Public Works and Highways (DPWH) are now up for use by Philippine Army (PA) personnel.

DPWH Secretary Mark Villar on Saturday, September 25, 2021, led the official turnover of the newly completed P63.1 million Hangar at the Army Aviation Regiment of the Philippine Army, and the P39.2-million 2-story Administration Building of the Light Reaction Regiment (LRR), both at the Fort Magsaysay in Nueva Ecija

“This defense standard military hangar is capable of accommodating government aircrafts for storage, maintenance, and rapid deployment when needed. The structure includes a full dimension parking space, drop-off area and PCCP that will serve as a runway,” Villar said.

The completion of the new LRR Administration Building is expected to improve the working condition of personnel in administrative and support operations.

Villar explained that the national government through the DPWH will continue to support the construction of modern military structures in the country.

“This year, our agency will also construct another hangar and the new headquarters building of the Army Aviation Regiment. Under the agency’s proposed FY 2022 National Expenditure Program, a total of 14 projects under the Tikas program have been proposed with a total project cost of P210-million and I hope it will be approved by Congress,” Villar added.

The secretary said he recognizes the incomparable effort and sacrifice of military personnel in maintaining and promoting peace in the country.

He cited that the swift implementation of vital infrastructure projects such as military facilities is one way of supporting them in their fight against insurgency and other external threats.