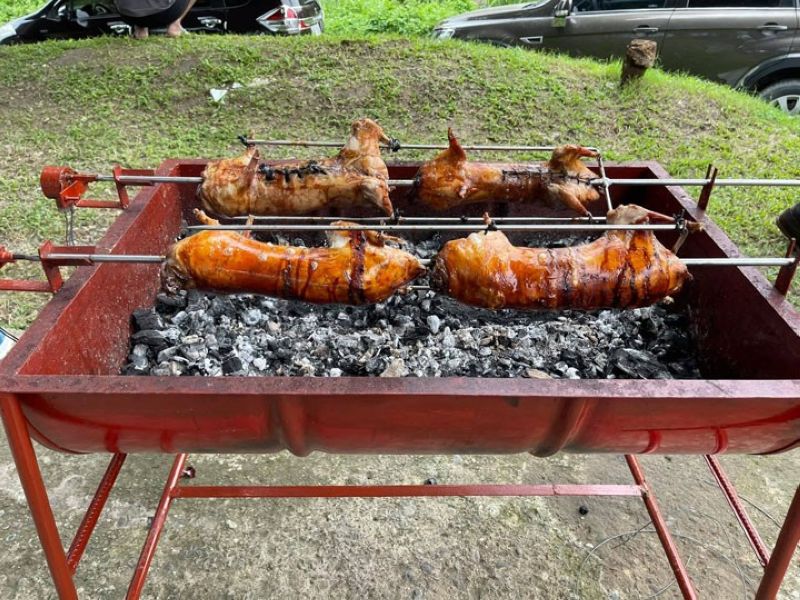 RABBIT MEAT. Rabbit meat will soon be available as a delicacy as the Zamboanga Rabbit Meat Producers Association launches Saturday, September 25, the “Rabbit Revolution” and the forging of a memorandum of agreement with owners of local restaurants. A photo handout shows roasted rabbits that are sold on an order basis. (SunStar Zamboanga)

THE Zamboanga Rabbit Meat Producers Association launched Saturday, September 25, 2021, the “Rabbit Revolution” and the forging of a memorandum of agreement with owners of local restaurants.

Jerrico Bustamante, Zamboanga Rabbit Meat Producers Association president, said the members raised their own rabbits and dispersed breeders to interested individuals, after which the association buys back the market-ready rabbits.

Bustamante noted that rabbit farming was popularized as a response to the damage caused by the African Swine Fever (ASF) in most hog-producing provinces in the country.

He said rabbit raising is pursued to fill the gap of animal protein in the diet as a result of the decrease in hog population brought about by ASF.

Meanwhile, the City Government and the livestock and poultry board welcomes the association in providing an alternative source of livelihood, providing employment and making “Carne Conejo” available to the local folks. (SunStar Zamboanga)