3 missing in Catmon after rushing waterfall sweeps them away 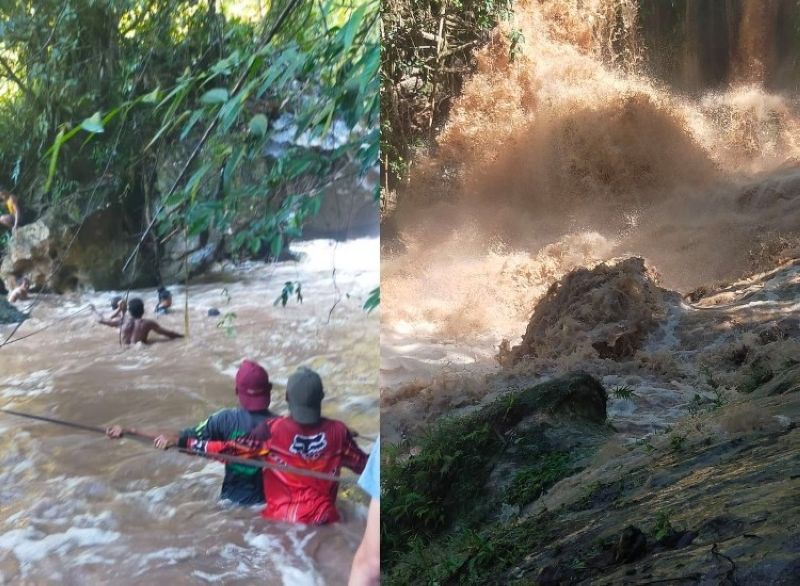 THREE persons are missing after they were swept by an unexpected gush of water that hit swimmers at the Tinubdan Falls in Barangay Tabili, Catmon town, Cebu at 1:01 p.m. Sunday, September 26, 2021.

They were among a group of 17 family members who had rented cottages for an outing at the falls, a popular tourist spot located some 15 kilometers from the town center, said Police Corporal Gemar Arigo, Catmon Police Station investigator.

The rest managed to flee the rushing waters after they were caught against large rocks or held on to vegetation riverside until help came.

“The floodwater came suddenly. It was raining in the mountain, but where they were, there was no rain. They were swept away just like that,” said Arigo, who added that it was difficult to brave the strong current.

Conditions remain dangerous as flooding continues in the area, the reason search and rescue operations went on till sunset until they had to be suspended as darkness fell. (GPL/CTL)