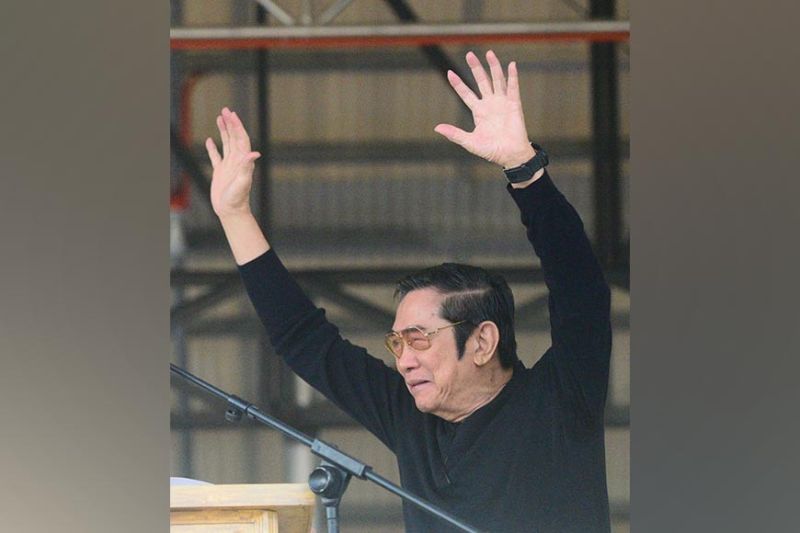 GUIMBAL Mayor Oscar “Oca” Garin, Sr., the patriarch of the Garin family and the First District of Iloilo, passed away at 3:33 p.m. Sunday, September 26, 2021, according to his family. He was 80 years old.

"We are saddened to announce the passing of our father, Mayor Oscar 'Oca' Garin, the beloved father of the 1st district of Iloilo," he said in the post.

A sendoff caravan for the late mayor was held starting 8 p.m. Sunday. Richard said it will pass the Guimbal Municipal Hall then to Tigbauan and Oton.

“To send him your prayers and love, you can offer candles and flowers along the road from Guimbal, Tigbauan to Oton,” he added.

The mayor's body will be cremated around 11 p.m. Sunday in Iloilo City after a mass in Guimbal town and motorcade within the First District.

Richard requested everyone's understanding as they mourn their irreplaceable loss.

“We are most grateful for the words of condolences and encouragement from our friends and supporters. Tatay's legacy of helping and caring for the people of Iloilo will continue,” he said.

"We lost a great man. Love you so much, Tatay. Always and forever! Your legacy will live on... si Oca pa," Vice Governor Garin said.

“I will miss you Tatay. I will continue your legacy. Thank you for all the lessons you taught me. As what you have said before, accept your fate and move on. Man proposes, God disposes. I love you so much. There's no pain greater than losing a father,” Colada said.

On September 17, Vice Mayor Colada posted on Facebook that his father was admitted to a hospital and asked for prayers and support from constituents.

He finished his elementary at Guimbal Central School and went to the University of San Agustin in Iloilo City for high school and college, where he took up an engineering course.

He became congressman of the First District of Iloilo for several terms and later became the mayor of Guimbal.