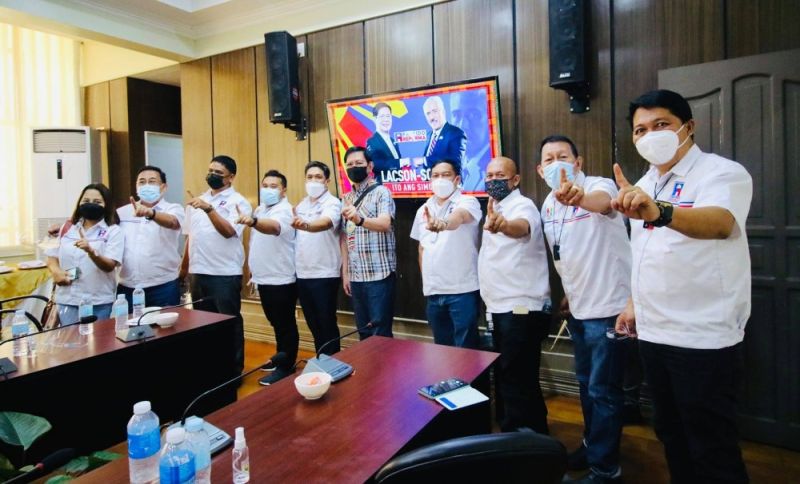 LESS than a week before the filing of certificate of candidacy (COC), Senator Panfilo “Ping” Lacson and Senate President Vicente “Tito” Sotto III visited Tagum City in Davao del Norte, seeking support from the province as the two will be running for the two highest national positions in 2022.

Lacson and Sotto who have announced their plan to run for president and vice president, respectively, met with the local chief executives in the province, including Governor Edwin Jubahib.

They were accompanied by former House Speaker and Davao del Norte Representative Pantaleon Alvarez, who is supporting their candidacies.

Alvarez is president of the Partido Reporma, which is fielding Lacson and Sotto for the top two posts in next year’s national and local elections.

The House official resigned from ruling Partido Demokratiko Pilipino–Lakas ng Bayan (PDP-Laban) on November 15, 2020 after serving as its secretary-general for nearly five years.

Meanwhile, Lacson and Sotto also led the oathtaking of the party members in the province.

(We would like to thank all Dabawenyos for their warm welcome to us earlier. We are stronger and are growing in numbers, fellow Reporma supporters!)

Sotto also thanked the province for its support.

Formerly an independent candidate, Lacson is currently the party's chairman while Sotto is a member of the Nationalist People's Coalition (NPC).

The Commission on Elections said the COC filing will be from October 1 to 7.

Aside from Lacson and Sotto, Manila Mayor Isko Moreno and Dr. Willie Ong also announced their candidacy for the president and vice president positions.

Mindanawon Senator Manny Pacquiao already announced his intention in running for the presidency under the Pimentel faction of the Partido Demokratiko Pilipino–Lakas ng Bayan (PDP-Laban).

Another Mindanawon, President Rodrigo Duterte, already announced that he will run for vice president under the PDP-Laban Cusi faction. The President’s daughter, Davao City Mayor Sara Duterte-Carpio already turned down the presidential bid and will run as mayor in the next poll.