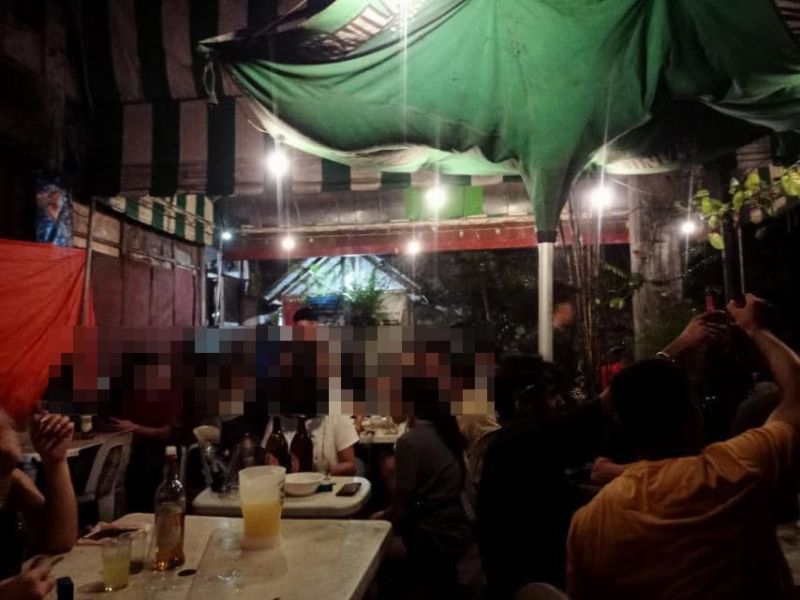 City Tourism Operations Office (CTOO) Head Generose Tecson posted a photo on her Facebook account on Saturday, September 25, of an overcrowded drinking session and where health protocols were not observed.

Tecson said 36 individuals were issued citation tickets in violation of the city's 24-hour liquor ban, while 15 others for failure to observe the physical distance.

She said the DCPO Police Station 1 raided the place after receiving complaints that there is a nightly drinking session in the area.

SunStar Davao reached out to Tecson and DCPO for further details on the incident.

Earlier, the CTOO Head already warned establishments, including in the tourism industry.

This after the city shut down resorts conducting social gatherings amid the current general community quarantine (GCQ) with heightened restriction.

"It's really not the time now to party/socialize, especially with the ongoing surge and household transmission as the source. This goes also for those who hold their events outside the city. Covid is not just in Davao City. Please rethink twice, thrice, four times. You may be happy for that moment, but what about those lives that you will affect if in case you or the partygoers turn out positive?" Tecson said in a previous text message.

DCPO Chief Kirby John Kraft also told SunStar Davao in a recent phone interview that their personnel continues to strengthen its police visibility, especially in secluded areas, after reports of drinking sessions were reported in these areas.