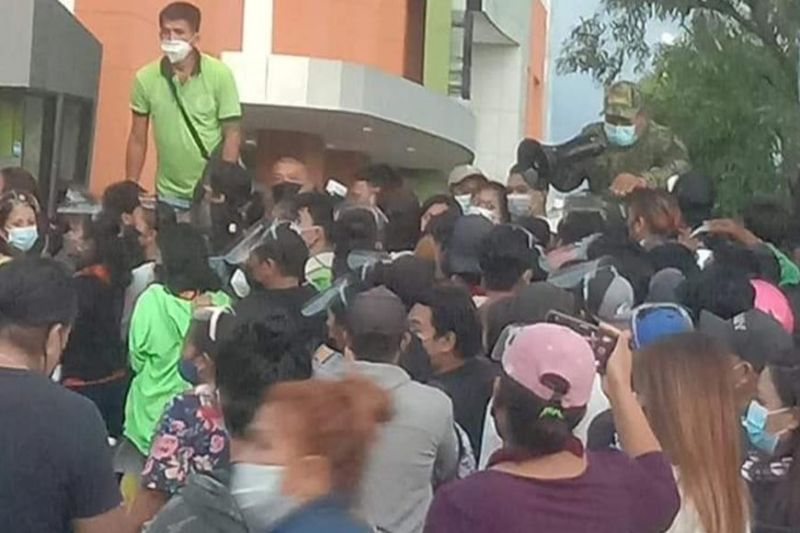 Placido said Sunday, September 26, that policemen should conduct a roving patrol within their areas of jurisdiction to penalize the violators of curfew hours.

On Saturday, hundreds of registrants gathered outside the SM City Mall for the satellite voter registration and failed to observe the minimum health protocols like curfew and social distancing.

Placido said police should issue citation tickets to the violators or reprimanded them.

“We understand that we don’t have enough facilities for the violators, but the police should issue citation tickets to the curfew violators and advise them to go home,” he said.

He added that the registrants should observe the curfew hours since Bacolod is still under general community quarantine with heightened restrictions (GC-HR).

Placido also asked the assistance of the barangay officials and the village watchmen to monitor their areas of jurisdiction.

Geolingo said Lanang was creating confusion for the registrants who were lining up outside the mall.

He was listing the names of the registrants and when he was asked by the police he claimed that he’s allegedly a member of the Commission on Elections (Comelec).

However, Geolingo said Lanang, who failed to present his identification card issued by the Comelec, left the area.

Geolingo noted that the long queue of the registrants started around 3 a.m. waiting for the mall to open at 8 a.m.

Geolingo said the task force and the police assigned to the CLO-Enforcement Team failed to control them because of the huge crowd.

The task force official said he asked the mall security guards not to open the gate if the registrants fail to observe the social distancing, but an hour after, they also followed the health protocols so they were allowed to go inside the mall.

Lawyer Adrian Arellano, who is the acting election officer of Bacolod City, earlier said only 200 registrants will be accommodated for regular walk-in applicants, and another a hundred applicants for priority lanes and persons with disabilities and senior citizens.

The Comelec will continue the voter registration today, September 27, at the University of Saint La Salle–Bacolod until September 30.

The voter registration at USLS will start from 8 a.m. to 7 p.m.

“We will be issuing citation tickets to those violating the health protocols, we will be stricter this time,” Geolingo said.