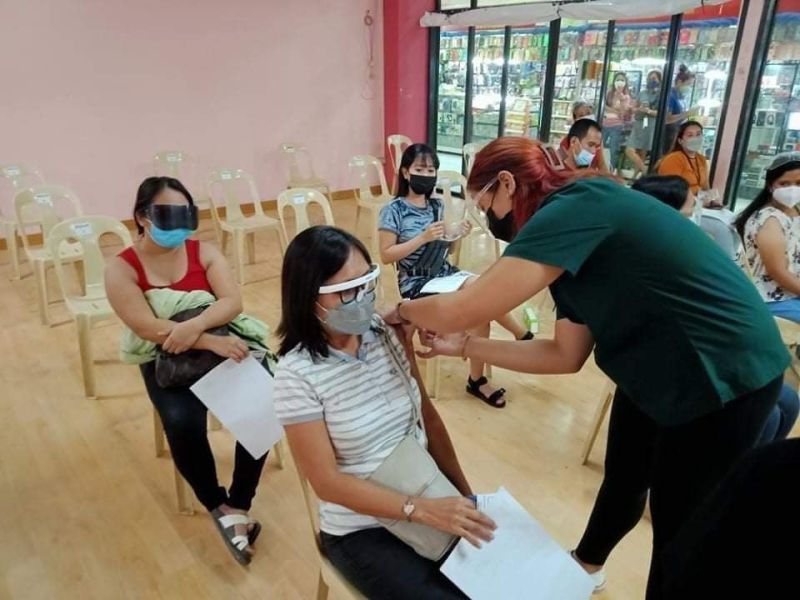 BACOLOD. Vaccination against Covid-19 is now being held at the 888 Chinatown Square in Bacolod City. (Bacolod City PIO photo)

OVER 192,000 residents in Bacolod City were already vaccinated against coronavirus disease (Covid-19).

Of the number, 133, 458 persons already received their second doses of Covid-19 vaccines.

The City Government has intensified its vaccination program in various barangays in the city.

These included the VAX-I mobile vaccination drive, which mobilizes five buses around the city as well as personnel for onsite visits. It also includes barangay and cluster vaccination.

Graveyard Shift Vaccination Drive for a graveyard or night-duty business process outsourcing workers, which is one of its kind in the country, was also launched along with two drive-thru vaccination sites at Ayala Malls Capitol Central and a 24/7 vaccination drive at Jollibee Gatuslao and Jollibee East.

The City also conducted vaccination drives for pregnant women who are in their second or third trimester, or three months and above of their pregnancy, and breastfeeding mothers.

EOC-TF records showed that of this number, 99 fatalities were unvaccinated.

Mayor Evelio Leonardia earlier said the Covid-19 infections in Bacolod City are at 100.38 percent per day for September.

He said the current rise in the infection was compensated by the fact that during the last two months, the Department of Health (DOH) and the EOC noted a slowdown in infections with daily cases averaging at only 41 cases.

"Although we don’t have an official word from DOH yet, it’s already the Delta variant in action", he added.