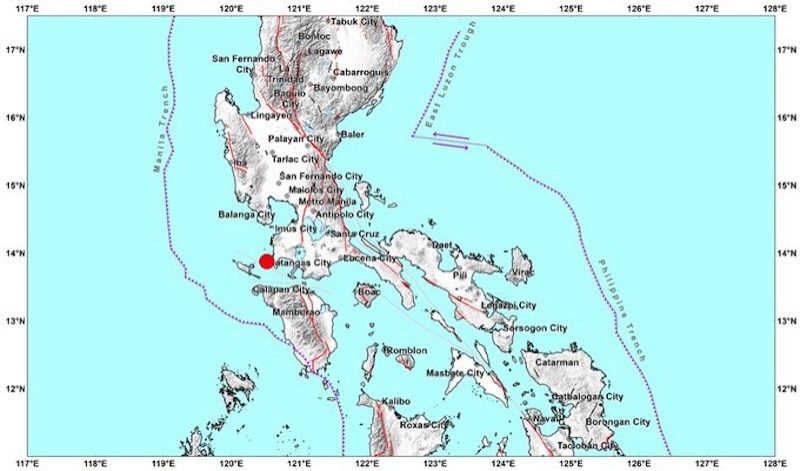 A STRONG earthquake centered near Looc, Occidental Mindoro was felt in Metro Manila and other parts of Luzon in the early hours of Monday, September 27, 2021.

Damage and aftershocks were expected, the Philippine Institute of Volcanology and Seismology (Phivolcs) said in an advisory.

The quake, which was tectonic in origin, was estimated at magnitude 5.7. It occurred at a depth of 74 kilometers near Looc, Occidental Mindoro.

It was felt in various parts of Metro Manila and neighboring provinces: