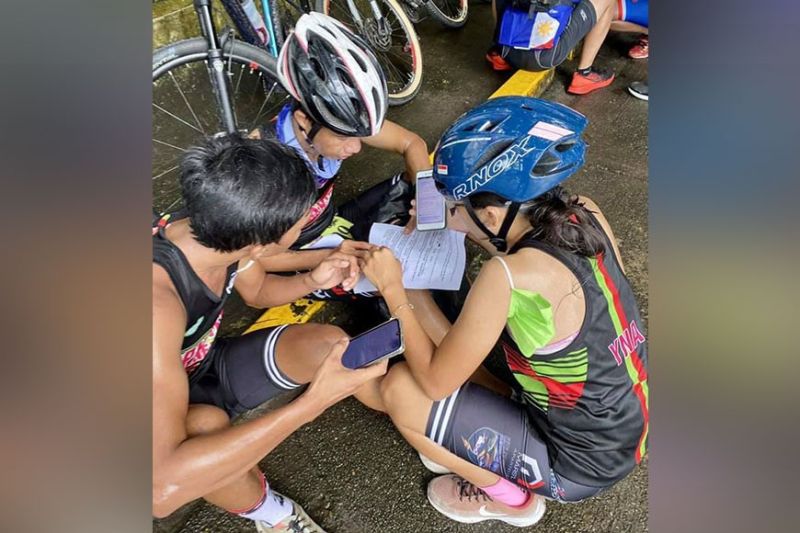 ADVENTURE RACE. A team of participants of the Adventure Race held on Saturday, September 25, 2021, in Dapitan City plan for the next stage of the competition. The competition is part of the tourism month' outdoor activities the city of Dapitan has lined up amid the prevailing health pandemic. (SunStar Zamboanga)

THE "Mas Pachada Dapitan (More Beautiful Dapitan)" has been adjudged by the Department of Tourism (DOT) as the tourism's best branding in Zamboanga Peninsula.

The DOT regional office made the announcement at the culmination of the Tourism Week Celebration on Friday, September 24.

The Tourism Week Celebration forms part of the yearly Tourism Month Celebration, which is being held every September.

Dapitan City won because it is living it up to its brand like the Mas Pachada Dapitan.

Apple Marie Agolong, Dapitan City tourism officer, said Monday, September 27, that every year, they see to it they have new programs or tourism brand to offer that suits the prevailing situation.

"We don't have body contact sports because of the prevailing health pandemic," Agolong said.

"We incorporate ecological care in every activities or contest we have and there are corresponding prizes," Agolong added.

She said Dapitan City, as the winner of Tourism Brand, will receive positive endorsements of projects, "which we will ask from Tieza (Tourism Infrastructure and Enterprise Zone Authority)."

Meanwhile, Agolong said that preparations are underway for another spectacular activity that will surely attract more visitors to Dapitan City, which is also known as the Shrine City of the Philippines.

Dapitan, which comprises 50 villages, is a third-class component city in the province of Zamboanga del Norte with a population of 85,202 as of the 2020 census.

It is historically significant as the place where José Rizal was exiled by the Spanish colonial authorities for his threat to start revolutionary activities. (SunStar Zamboanga)