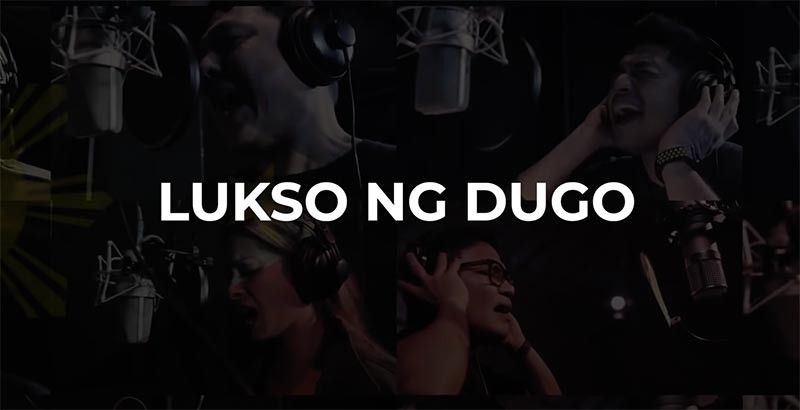 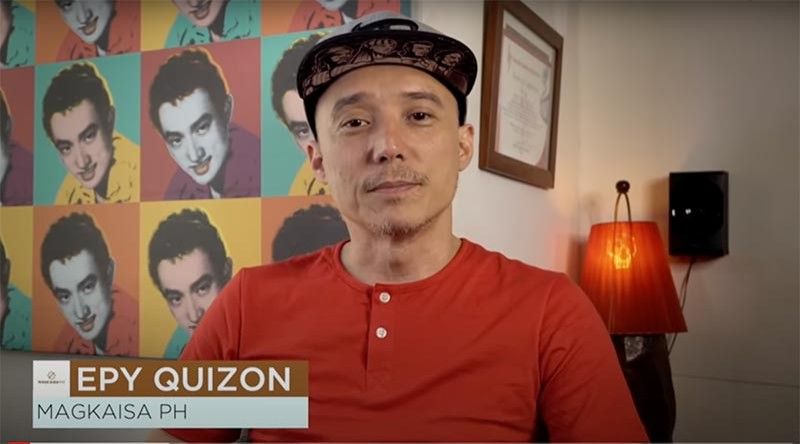 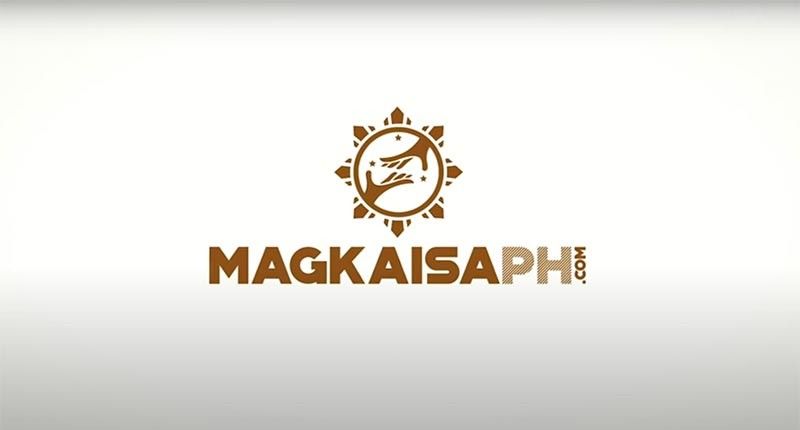 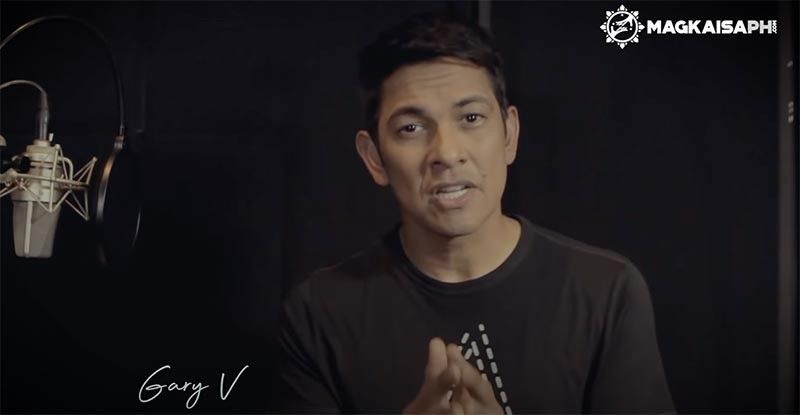 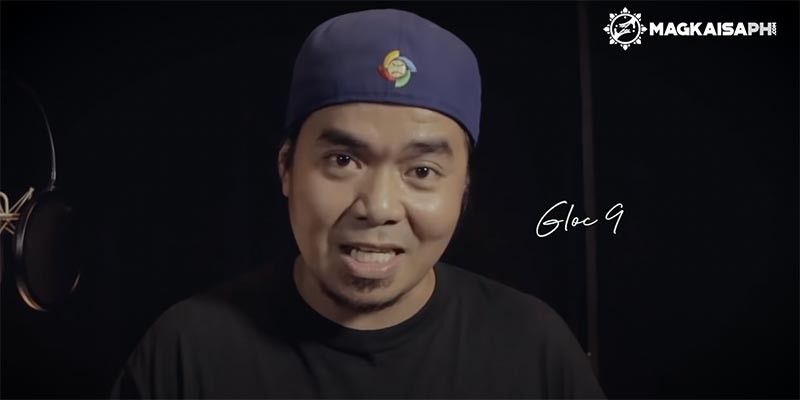 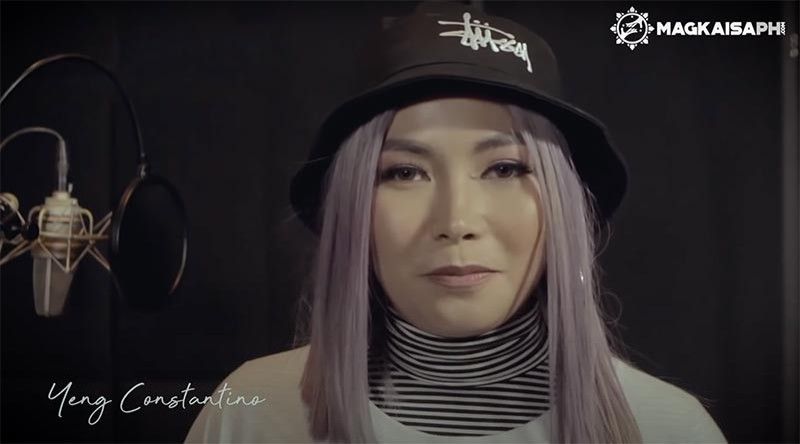 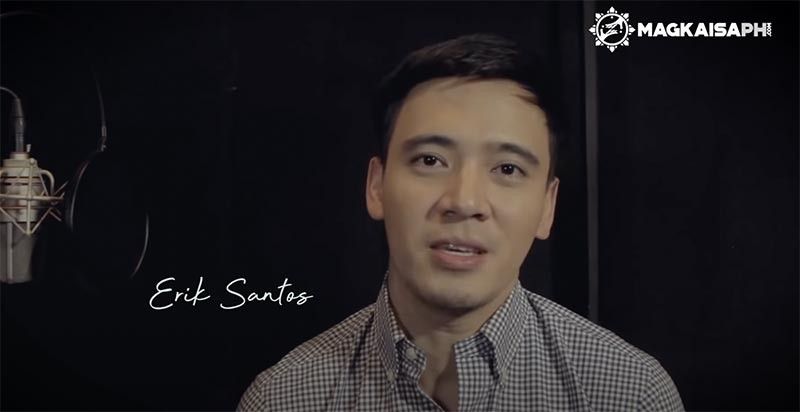 OVER 30 artists unite in a song that will send a message of peace to all Filipinos in this trying time.

Entitled “Lukso ng Dugo,” Epy Quizon -- who wrote the song, brought top artists in the country including Gary Valenciano, Gloc 9, Rivermaya, Eric Santos, and Yeng Constantino. The song’s music video is set to be launched on October 16 at 8 p.m.

Quizon in a recent virtual press conference said the song was born following his visit to Mindanao as a peace ambassador of the Office of the Presidential Adviser on the Peace Process (Opapp).

“This song is actually created at the height of the Marawi Siege. We learned that many kids there are recruited by some lawless groups, it is such a sad reality and that's why we want to send a message, communicate peace,” he said, adding the cause now goes beyond Mindanao as the nation faces different peace issues.

Quizon shared that the song was also partly written by Gloc 9 and arranged by Karel Honasan, Ira Cruz, Yosha Honasan, Micheal Alba and Nikko Rivera and produced by Arnold Buena of Hit Productions.

He also shared that the song was supposed to be released last year but the pandemic hit which delayed the whole process. He also expressed his immense gratitude to all artists who were involved in this project.

“All the artists volunteered for this because they believed in our goal and all of them were not paid for this, all in the name of peace,” he underscored.

Quizon added that all funds generated by the song will transparently be donated to The Dolphy Aid Para Sa Pinoy Foundation as a donation from the Artist to fund educational projects starting in the conflict areas of Mindanao.

Quizon explained that releasing the song was just part of a bigger campaign for peace that he and his team is brewing.

EPYQ Films & Local Sons Entertainment Inc. together with partners Mercy Islamic Foundation, Mindanao Development Authority, Backdoor Ventures, TBA Studios & The Dolphy Aid Para Sa Pinoy Foundation has launched MagkaisaPH, an initiative and a campaign for Peace where the promotion of the Philippine Culture and Identity are the main thrusts.

In its press statement, the group said: “MagkaisaPH is a campaign to create a community of respect and benevolence where we want to focus on and express Constructive Peace, Love and Happiness. That we may heal ourselves and our motherland from all the wounds that Ideologies, Politics, Religion, Language, Ethnicity, Race and the Color of our skins have inflicted.”

Quizon said the dream is to help create a united Philippines and he encourages all Filipinos to join the movement for peace and harmony.

Asked if he’s running for a position in the upcoming elections in 2022, Quizon was quick to dismiss the idea.

“This movement is non-political. I am not putting myself on the pedestal. I will heed my father’s call to remain jesters, I have no political plans. This campaign will try to mediate the middle ground between electoral candidates, actually,” he said.

Under the MagkaisaPH campaign, the group launched on September 21, in line with the International Day of Peace celebration, its official website (MagkaisaPH.com) that will serve as the hub of the campaign where they will announce and store events, projects and activities.

It will also be released to a wider audience Quizon’s award-winning short film “Bukal" that tackles the conflict in Mindanao. It will be distributed by TBA Studios and eyes to be released on January 23, 2022.

Another initiative that the group is preparing is the MagkaisaPH Arts and Music Festival headed by Backdoor Ventures, creators of several very successful Arts and Music festivals from the past two decades.