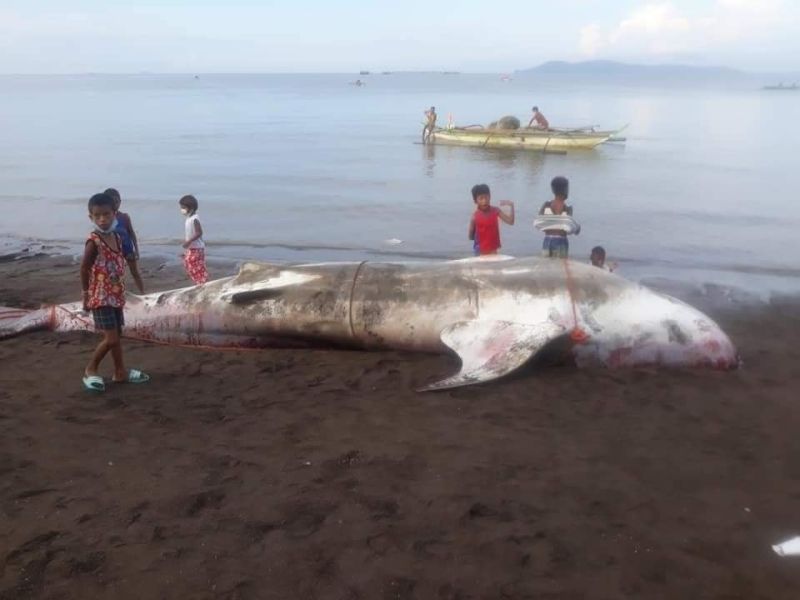 NEGROS. A dead whale shark was found inside the fish pen in Pulupandan town over the weekend. (Eren Borja Photo)

A DEAD whale shark was found inside a fish pen in Pulupandan town, Negros Occidental over the weekend.

The Philippine Coast Guard (PCG) Substation in Pulupandan reported that they received a phone call from a certain Ludy Yanson, a resident of the town's Barangay Zone 1A, informing them that a dead whale shark was towed and brought to the shoreline of the area.

Investigation showed that fisherman Nelson Lim and his four companions, who were not named, went to their fish pen and discovered the dead whale shark there.

The fish pen is about a kilometer off the shoreline.

The PCG immediately coordinated with the Municipal Agriculture Office of Pulupandan and Bureau of Fisheries and Aquatic Resources (BFAR)-Western Visayas for proper turnover and disposal of the marine animal.

Based on examination conducted by both the municipal agriculturist and representatives from the BFAR, the whale shark was estimated to weigh at least two tons, with a length of 7.37 meters and a width of 1.42 meters.

The PCG-Negros Occidental believed that the whale shark is different from the one that was found at Barangay Banago in Bacolod City last week.