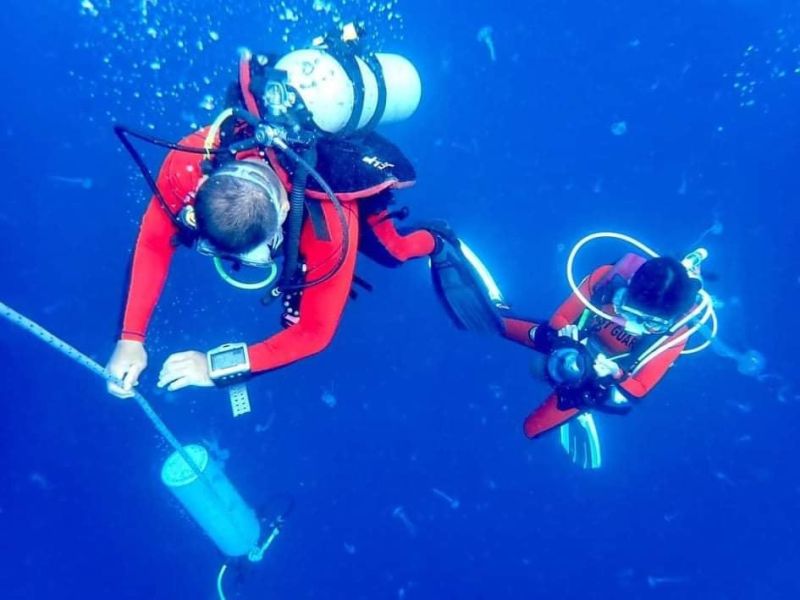 NEGROS. The search and retrieval operation continues to find the two missing crewmen of F/V St. Peter the Fisherman II from Cadiz City, Negros Occidental that sank off the coast of Iloilo province on September 24, 2021 (Cadiz City CDRRMO Photo)

ONLY two persons remained missing as the death toll from the sunken fishing vessel from Cadiz City, Negros Occidental off the coast of Iloilo province climbed to seven as of Monday, September 27.

The other fatality was identified by the PCG as Renante Forsuelo.

Earlier, the bodies of Norberto Parlotzo, Rommel Engle, Victor Calvo, Julit Salvo, and Herminio Ronamo were recovered by the rescuers from the ill-fated sea vessel.

Two other crew members, identified as Manuel Auditor and Julian Dungog, are still missing. They are believed to be still inside the shipwreck.

Based on the videos posted by the Cadiz City Disaster Risk Reduction Management Office (DRRMO) on social media, the rescuers were having difficulties in retrieving the missing bodies.

There is also almost zero visibility inside the ship and divers have navigated the narrow passage of the sunken F/V St. Peter the Fisherman II, the PGC said.

It added that the divers also have to deal with the presence of jellyfish as they work their way up and down the wreck site, which lies almost 145 feet underwater.

Despite the difficulties encountered by the team, the PCG said it is doing everything it can in order to locate and retrieve the bodies and bring them back to their loved ones.

Coast Guard District Western Visayas Deputy Commander Captain Ludovico Librilla, who is also the PCG-Negros Occidental head, said they are set to begin a marine casualty investigation to determine the real cause of the mishap.

Based on accounts of the survivors, however, the vessel was on a fishing venture near the Gigantes, Sicogon, and Tanguigui Islands when it encountered strong winds and big waves, causing the vessel to capsize.

Only 22 crewmen managed to get out in time and were eventually rescued by other fishing boats operating in the area.

Librilla added that they were only informed of the sinking on Friday afternoon, September 24.