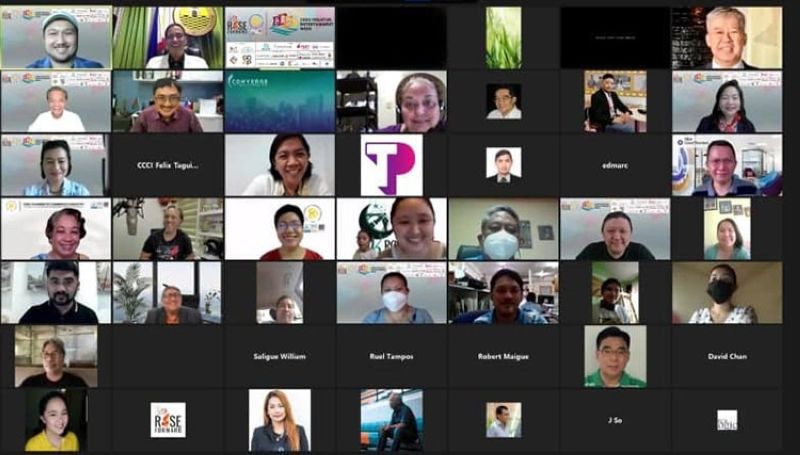 SUPPORT the development of the creative entertainment sector so it could achieve P500 million annual revenue in the next two years and P30 billion by 2030.

This was the call to action by the Cebu Chamber of Commerce and Industry (CCCI) during the kick-off of the Creative Entertainment Week (CEW) on Monday, September 27, 2021.

“The initial target for Cebu is we want to reach 500 million per year and P30 billion by 2030,” CCCI trustee Mario Panganiban said during the launching the Creative Entertainment Week (CEW), as part of the activities of the 2021 Cebu Business Month (CBM), an annual event organized by CCCI.

CCCI president Felix Taguiam said the year 2021 was declared the International Year of the Creative Economy for Sustainable Development at the 74th General Assembly of the United Nations.

“Home businesses and startups propelled by creativity thrived. CCCI acknowledges not only the entertaining side of creativity, but also its role as a driving force of the economy,” Taguiam said.

With Cebu City having been designated as a world-class “Creative City” by the Unesco in 2019, Taguiam said it remains a testament to the Cebu creatives’ ingenuity despite the global pandemic.

Mike Cubos, who chairs the CBM, vowed for CEW to function as a hub for creatives to engage with other artists and business leaders in order to open global opportunities.

“This is more than just physical or virtual strategies. We will also increase public awareness and reboot financial opportunities for them to grow. This can be possible through tapping our government’s support as well as looking into grants available for those who are in the entertainment industry,” he said.

Cubos said CCCI will also feature investment opportunities “to champion and celebrate both existing and emerging creatives in Cebu.”

For his part, Juan Miguel del Rosario, president of the ACPI, expressed his support for the country and Cebu in becoming an animation industry player. ACPI is a non-stock, non-profit organization whose members specialize in 2D and 3D animation schools, animations studios, and suppliers.

“Our hope, by 2030, the Philippines will be the premier destination for animation at least in Southeast Asia. (We should) promote Filipino talent in animation and harness the capability in content delivery both locally and abroad,” he said. (JOB)