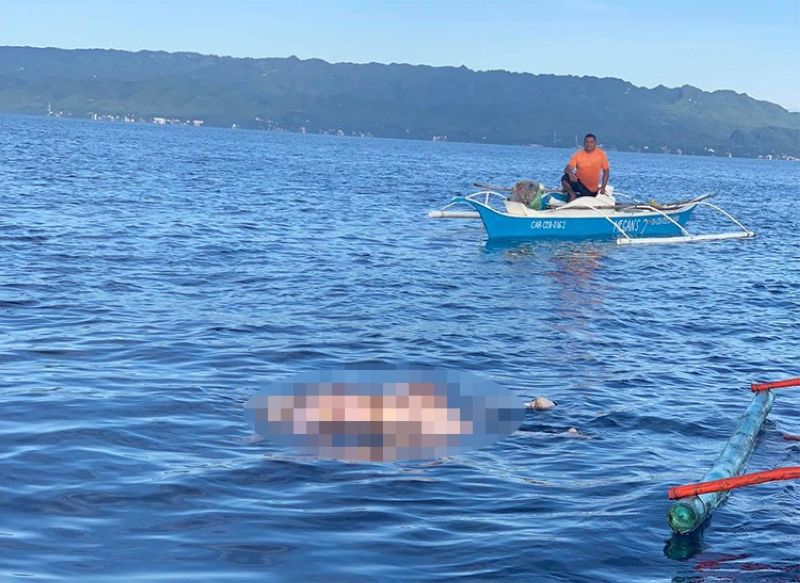 THE body of the 32-year-old mother, Jacel Alastra, who was swept by an unexpected gush of water at the Tinubdan Falls in Barangay Tabili, Catmon, Cebu was found around 1 a.m. Tuesday, September 28, 2021.

Alastra was identified by her husband around 10 a.m. Tuesday through their wedding ring and the bra she was wearing.

She was found by a fisherman, identified as Antonio Bueno, in the waters of Barangay Luyang in Carmen, Cebu, police said.

Bueno said Alastra was found floating face down and with no clothes, except her undergarment.

(The body was just floating toward Camotes Island, so the fisherman tied her leg.)

Bueno then dragged the body slowly until he reached the Coast Guard Station in Carmen around 6 a.m. Tuesday, September 28.

Jusay said it was the personnel of the Carmen Municipal Disaster Risk Reduction and Management Office who informed authorities in Catmon about the incident.

Jusay added that it was Alastra’s husband who identified the body, as she was already in a state of decomposition.

He also said that they will summon the caretaker of the lot where the Tinubdan Falls is located after learning that Alastra and the other tourists who went to swim in the area on September 26 were asked to pay P50 as entrance fee.

Jusay said collecting entrance fee from the tourists at the Tinubdan Falls is illegal as there was no permit issued by the Office of the Mayor.

Alastra went to Tinubdan Falls along with several others. Her seven-year-old daughter, Princess, and nephew, Kent Jude Monterola, 17, were also killed in Sunday’s incident.

The three fatalities were swept by rushing waters at the Tinubdan Falls while they were swimming around 1 p.m. Sunday, September 26.

They were with around 15 others who managed to flee the rushing waters caused by heavy downpour Sunday.

Police recommended Monday the temporary closure of the Tinubdan Falls following the incident.

Police Colonel Engelbert Soriano of the Cebu Police Provincial Office said they will assign personnel at the falls to make sure that no one will go there to swim. (GPL/LMY)