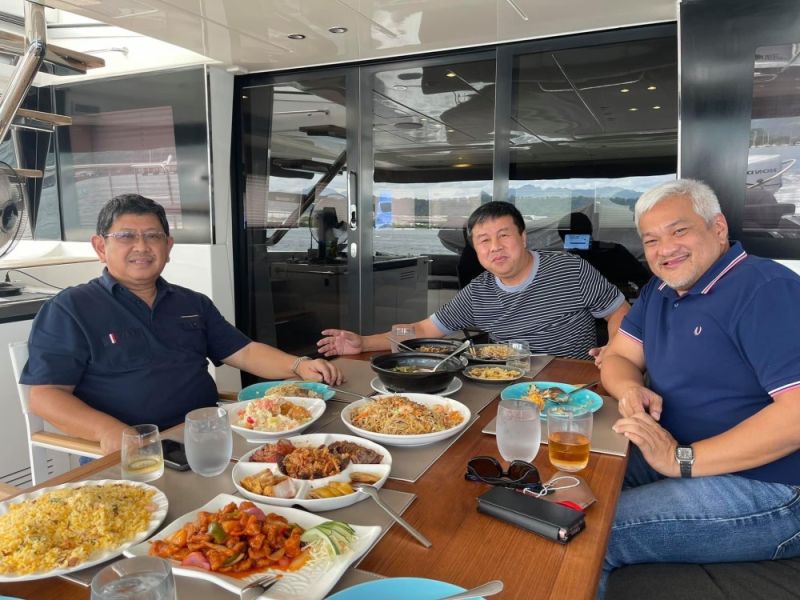 FORMER Angeles City mayor Edgardo Pamintuan recently announced his retirement from politics, saying he will not run for mayor in the upcoming 2022 elections.

“As I have already said in March, I am not running for mayor. My time to serve the people and City of Angeles as mayor for the umpteenth time ended in 2019,” Pamintuan shared in his Facebook account on Tuesday, September 28, in the midst of numerous messages urging him to run for mayor in 2022.

His announcement came after a photo of him with Converge President and Chief Executive Officer Dennis Uy and incumbent Mayor Carmelo Lazatin Jr. was posted by the latter on the same day.

Pamintuan, 72, said he will continue to serve the public in his “limited capacity as a senior citizen and as chairman of Clark Development Corporation until the next president is elected.”

Pamintuan first served as mayor of Angeles City in 1992 to 1998 during the eruption of Mount Pinatubo. He came back as city mayor in 2010 and completed three terms that ended in 2019.

“I would like to spend the precious remaining years with my family, reading books, and playing with my apos [along] with my wife,” Pamintuan said in his post.

Meanwhile, in the photo posted by Lazatin, he wrote the caption, “I am humbled to be in the company of these successful gentlemen. Thank you, Mr. Dennis Uy, for the ride and lunch. To Mayor and CDC Chairman Ed Pamintuan, I will keep in mind all your advice and wisdom. Dacal pung salamat, Mayor Ed, keng suporta mu kanaku at king pamakamalang tamung Siyudad Angeles.”