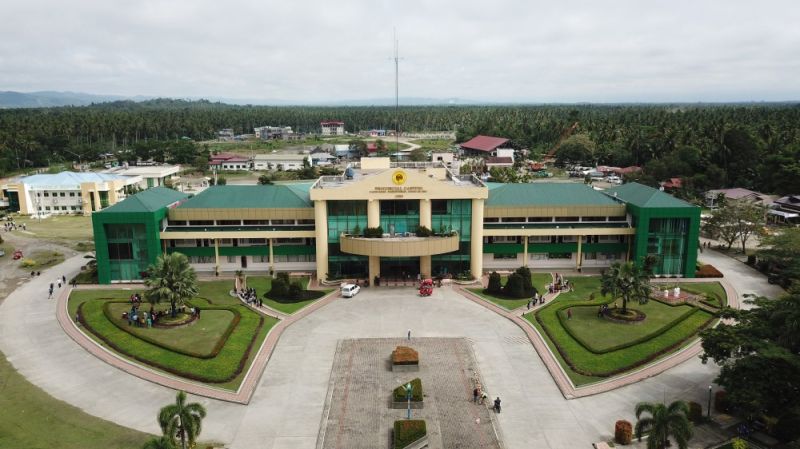 Rachel Joy Pasion, DOH-Davao Regional Epidemiology Surveillance Unit head, said during the DOH-Davao virtual presser on Tuesday, September 28, that this was their office’s recommendation based on the available hospital utilization data.

She said the Davao de Oro government is set to have a meeting to discuss strategies on how to increase the area’s HUR in order not to compromise the Covid-19 treatment.

Meanwhile, Pasion explained that before they raise their recommended community quarantine status to a certain local government unit (LGU) to the IATF, they will inform the concerned LGU, the Regional Inter-Agency Task Force for the Management of Emerging Infectious Disease (RIATF), and Regional Task Force Against Covid-19 (RTF).

The entire Davao Region, in general, is under moderate risk, except for Davao Oriental, based on average daily attack rate, and two-week growth rate parameters. Oriental is at low risk.

Pasion, however, said that the region’s HUR is still at high risk.

But she said this is still subject to changes as the Covid-19 changes from time to time.

Aside from HUR, the official also said that a quarantine restriction should also depend on the economic impact of a certain province or area.

Recently, DOH announced that it is set to implement a nationwide alert level system, which is currently implemented at the National Capital Region. The new system will replace the current quarantine status metrics.

Pasion said they have not yet received any mandate from the national government when this new system will be adopted to the entire region.

But she said there is a high possibility that the region would be placed on either alert level 3 or 4.

Pasion saw a downtrend of active and daily new cases in the region for the past weeks. But she said this can also be slightly attributed to the decrease of tested specimens per day.

“Nakikita natin na bumababa ang testing natin, but bumababa paunti-unti 'yung ating positivity (We saw a slight decrease of our testing, but we also saw a decline in the positivity rate),” she added.

But she said the region is catching up with the target number of daily tests by partnering with other private molecular laboratories.

Based on the seven-day moving average, the region’s daily positivity rate is now ranging from 30 percent to 25 percent.

But this does not signify that the surge is at its end, Pasion said.

“This is not yet the end of the surge. As we all know, the definition of surge itself is not basically the number of cases, but it means, a surge is when a health system capacity is overflowing with a lot of cases of Covid-19,” the official said.

With the HUR in the region still at high risk, this does not guarantee that the region’s Covid-19 cases improve anytime soon.

“It is not safe to say that the surge that we are experiencing in the past weeks stopped na. As you can see in our hospital care utilization, mataas pa rin ang utilization sa ating hospitals,” Pasion said.

Davao City, currently the epicenter of the pandemic in the region, had recently limited its Covid-19 testing to first-generation contacts (F1) and those manifest influenza-like illness (ILI) due to the limited detection kits. Testing outputs are also limited after having technical problems of the testing machine at the SPMC Molecular Laboratory.