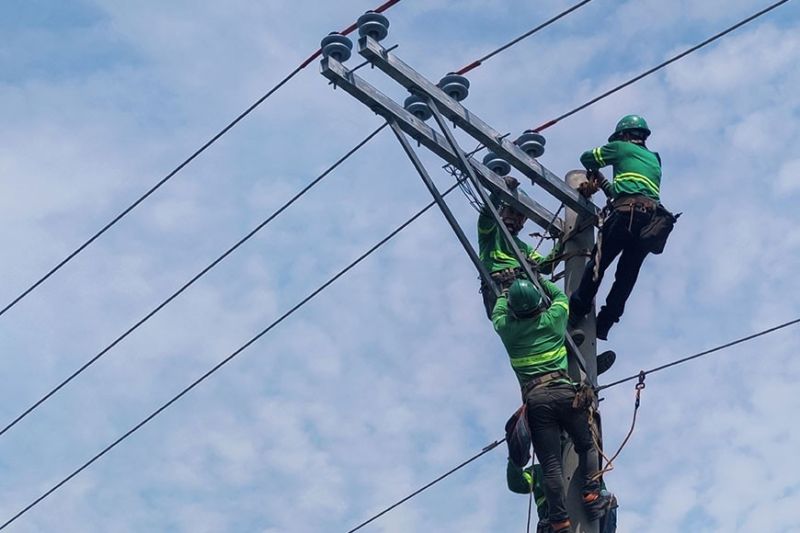 ILOILO. Linemen of More Power Iloilo during the emergency rehabilitation of the power line in Iloilo City. (Leo Solinap) 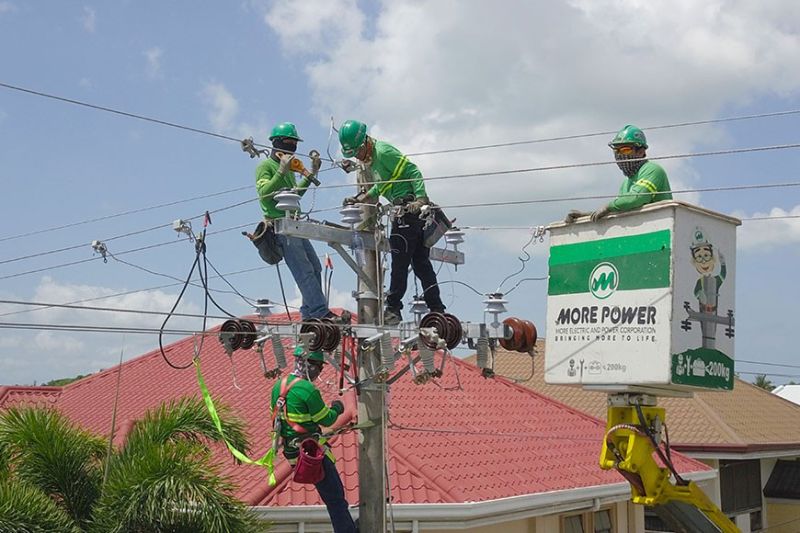 ILOILO. Linemen of More Power Iloilo during the emergency rehabilitation of the power line in Iloilo City. (Leo Solinap)

THE House Committee on Legislative Franchises has approved House Bill 10271, which was introduced by two Iloilo representatives, to extend the franchise of Iloilo City's power distribution utility to 15 towns outside the city.

RA 11212, signed in February 2019, is also known as "An Act Granting More Electric and Power Corporation a Franchise to Establish, Operate, and Maintain, for Commercial Purposes and in the Public Interest, a Distribution System for the Conveyance of Electric Power to the End Users in the City of Iloilo, Province of Iloilo, and Ensuring the Continuous and Uninterrupted Supply of Electricity in the Franchise Area.”

House Bill 10271 allows More Power to expand and enable to establish, operate, and maintain, for commercial purposes and in the public interest, the distribution system of the 15 towns comprising the Second and Fourth Districts of Iloilo Provine.

The bill states that "electricity is the hallmark of and an essential vice in the modern age. It lights homes, streets, offices, hospitals, schools, factories, malls, hotels, and powers industries, and industries give our people convenience, jobs and business opportunities."

"In the short period of one and a half years from taking over the operation, rehabilitation and expansion of the distribution system in Iloilo City, More Power has reduced electric rates in Iloilo City from one of the highest in the country to one of the lowest in the country. Access to legitimate electrical connection was expanded from 63,000 customers to 88,000 customers in the City," it stated.

It added: "It has undertaken a continuing rehabilitation and improvement program for the aging and decrepit distribution facilities from the previous operator. We feel that such service, marked by the highest standards, and which has been proven to be fast, reliable, responsive, modern, and forward looking, should also be made available to Ilonggos living outside Iloilo City."

But they said in a statement: "Public interest will be better served if we allow competition that will give Ilonggos living in the Second and Fourth Districts, both of Iloilo Province, to have a choice to avail of the benefit from the services of a modern, dependable, cheap, and efficient electric power distribution system, offered by More Power to Iloilo City residents. It is the right time to do this, and to continue the progress of Iloilo City and to jump start the progress in the nearby parts of Iloilo Province."

In a radio interview, Gorriceta said the Department of Energy (DOE) has recommended the creation of a "consultation panel" together with Energy Regulatory Commission (ERC), National Electrification Administration (NEA) and electric cooperatives, which will do a "potential study" and its impact on Ileco.

The bill will maintain the term of the franchise as stated in RA 11212, Section 11, which states that the franchise shall be for a term of 25 years from the date of effectivity of the act, which was February 14, 2019.

Gorriceta said when the bill when enacted, the service and operation to the 15 towns will be the remaining 23 years.

In September 2021, the two-year-old distribution utility More Power was able to lower its electrical rate from P6.4 k/Whr in July to P6.38 k/Whr.

Also on July, one of the electric cooperatives in Iloilo has charged its consumers around P11.48 per k/Whr.