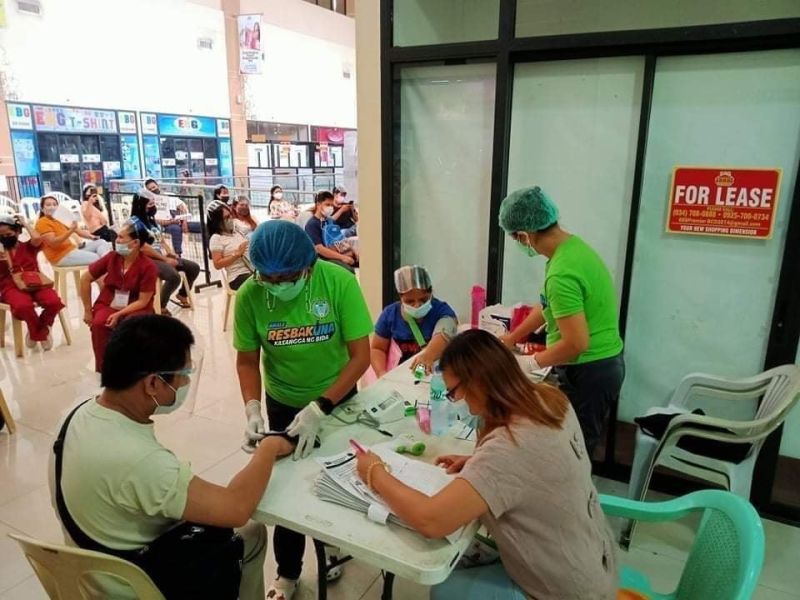 BACOLOD. Additional health workers are needed in Bacolod City as it continues to experience a surge in Covid-19 cases. (Contributed Photo)

BACOLOD City Lone District Representative Greg Gasataya has asked the Department of Health (DOH) for additional healthcare workers to be assigned in the city, as it continues to battle a surge in coronavirus disease (Covid-19) cases.

Gasataya said Tuesday, September 28, that he already sent a letter to Health Secretary Francisco Duque III regarding his request since most of the hospitals are no longer accepting patients infected with the virus.

Gasataya has also requested for additional modular tents to accommodate all Covid-19 patients who cannot be admitted in various city hospitals.

Dr. Chris Sorongon, deputy for medical data and analysis of EOC-TF, said some hospitals already reached the maximum bed capacities for Covid patients, while others lacked manpower to take care of the patients.

As of September 27 data of DOH-Western Visayas, Bacolod City has a total of 19,598 confirmed Covid-19 cases.

The management of Corazon Locsin Montelibano Memorial Regional Hospital (CLMMRH), in a statement earlier, admitted that for the first time in the last 18 months of addressing the Covid-19 pandemic, the government-run hospital is highly challenged with the current surge in cases.

The same scenario is going on at the Riverside Medical Center Inc. (RMC) as they earlier announced that they will temporarily stop admitting Covid-19 patients and those who are exhibiting symptoms of the disease.

The hospital stressed that they have the equipment but do not have sufficient workers to take care of the patients.

Meanwhile, the offices of the Department of Public Works and Highways (DPWH) and DOH in the region are now preparing the documents for the construction of the Bacolod City General Hospital to be submitted to the national office.

Gasataya, who coordinated with the DOH and DPWH on Monday, September 27, said that they already discussed all the paperwork as well as the selection of the site for the construction of the hospital.

Gasataya authored the bill creating the Bacolod City General Hospital at the House of Representatives.

A counterpart legislation in the Senate was authored by Negrense Senator Juan Miguel Zubiri.

The Department of Budget and Management (DBM) already included in the 2022 National Expenditure Program the budget for the construction of Bacolod City General Hospital in the city, Gasataya said.

The Senate allotted a budget of P600 million for the establishment of the hospital to be included in the 2022 General Appropriations Act under the Health Facilities Enhancement Program of the DOH.

About five private property owners in Bacolod City are willing to donate their lots for the construction of the Bacolod District Hospital and the construction will start next year, he added.