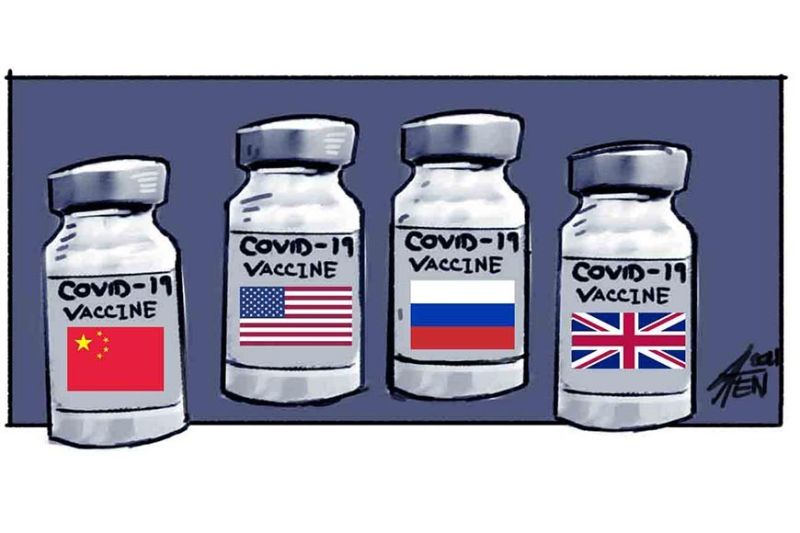 Before the English physician Edward Jenner created the world’s first vaccine against smallpox, the contagious disease had been deadly, killing anyone from all walks of life for millennia.

In 1796, Jenner, bent on finding an answer against smallpox, extracted pus from the sores of a woman infected with cowpox. He did this as he had observed in rural areas that milkmaids infected with cowpox did not fall ill during smallpox outbreaks, but their families became sick.

After extracting the pus from the milkmaid, Jenner used it to inoculate a little boy, his gardener’s son. The boy fell ill a week later, and Jenner monitored his condition. The boy then recovered. Jenner decided to expose the boy to smallpox six weeks later, but the latter showed no symptoms. The physician then repeated his experiment, inoculating 22 more people with cowpox, and none of them became sick, thus proving his method, already known as “vaccination” back then, was effective (National Geographic).

Jenner’s medical breakthrough created a buzz. But there were personalities who opposed the smallpox vaccination, including the German philosopher Immanuel Kant, one of the eminent Enlightenment thinkers.

The world right now, 225 years after Jenner’s experiment, is in the tight grip of Covid-19 pandemic.

Despite the development of vaccines against the viral respiratory disease, there are still people who do not believe their effectiveness in giving extra layers of protection, thus they refuse to get their jabs.

However, there are people who are willing to be vaccinated, but they are choosy. If they arrive at vaccination sites and learn that the vaccine brand they would be getting is not their preferred brand, they would exit the place and go back to their homes.

The other problem is fake news, which local health authorities said is one of the reasons why some eligible individuals, including adults who are 60 years old and above, feared the Covid-19 vaccines because they do not want to become zombies, and they do not want to die two years after inoculation.

Misinformation, disinformation and brand preference are contributing factors to slowing down the vaccination rollout in Cebu island, authorities said.

Cebu, home to 5.1 million people (2020 census), has been a recipient of seven Covid-19 vaccine brands since the start of the government’s vaccination drive in March 2021.

These vaccines are Sinovac, AstraZeneca, Pfizer, Moderna, Sputnik V, Sinopharm and Janssen. With the exception of the one-dose Janssen, the vaccines require a recipient to get two doses to gain extra protection against the coronavirus.

The Visayas Vaccination Operations Center (VVOC) reported on Sept. 24, 2021, that a total of 203,510 doses of different Covid-19 vaccines are still available in the eight LGUs’ vaccine storage. Of the available doses, 30,428 doses were allocated for the first dose and 173,082 doses for the second dose. These numbers did not include the fresh arrivals of Sputnik V and Pfizer vaccines in that week.

VVOC spokesperson Dr. Mary Jean Loreche said an LGU’s next allocation of vaccines would be distributed to other LGUs that can roll out vaccines faster if it cannot use up its vaccine supplies.

All vaccines but the Russian Sputnik V that arrived in Cebu have been included in the emergency use listing (EUL) by the World Health Organization (WHO). (Recent studies show that the Russian vaccine is effective and safe.)

The EUL procedure “assesses the suitability of novel health products during public health emergencies. The objective is to make medicines, vaccines and diagnostics available as rapidly as possible to address the emergency, while adhering to stringent criteria of safety, efficacy and quality,” according to the WHO.

A vaccine must have an efficacy rate of 50 percent and above to be included in the WHO’s EUL.

A Vox Media seven-minute video explainer titled, “Why you can’t compare Covid-19 vaccines,” quoted American public health experts who said that knowing “which vaccine is the best one, efficacy isn’t actually the most important number at all.”

The Pfizer, Moderna and Johnson & Johnson vaccines “reduced the fatality rate of Covid-19 by 100 percent compared to their placebo groups. They also kept all recipients out of the hospital. That means they can potentially downgrade Covid-19 from a public health crisis to a manageable problem,” according to another Vox Media explainer.

As to vaccine preference, eligible recipients, perhaps, like to be jabbed with an American vaccine brand, thinking that anything made outside the US is not in good quality.

Loreche told SunStar Cebu Opinion: “When we talk about efficacy, it is based on a comparison in terms of percentage of the subject population in a controlled environment given the vaccine and those that were only given a placebo and which subset of this population developed or did not develop the disease. Only those vaccines with greater than 50 percent efficacy rates are given an EUA (emergency use authorization). Which then means that Sinopharm and Sinovac, having been granted with EUA, are vaccines that we can trust to provide us the needed protection against coronavirus.”

“All vaccines are safe and effective in preventing severe disease, and even death should one (after full vaccination) still contract Covid. It also decreases one’s capacity to transmit the virus to others. The best vaccine one can have is the vaccine that is immediately available,” Loreche said.

As to smallpox, it is the first and only transmissible disease eradicated by the use of a vaccine.