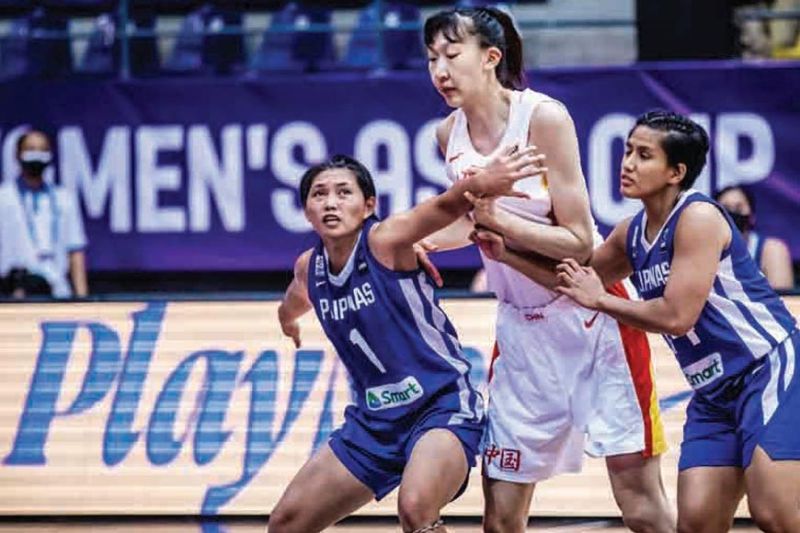 STRUGGLE. Players from the Gilas Women and China jostle for position in their game in the 2021 Fiba Women’s Asia Cup. / FIBA

THE Gilas Pilipinas Women were outclassed by China, falling 52-143, in their Division A game in the 2021 Fiba Women’s Asia Cup on Sept. 27 at the Prince Hamza Hall in Amman, Jordan.

“First of all, it’s about the preparation. China has always been there and they are coming off the Olympics. And us right now, we just practiced like a month ago,” said Aquino. “It’s really a big difference.

“Aside from that, a lot of struggles and turnovers for us. Hopefully, in the next game, we’ll do better,” he said.

The road does not get easier for the Filipinas as their next opponent will be Australia.