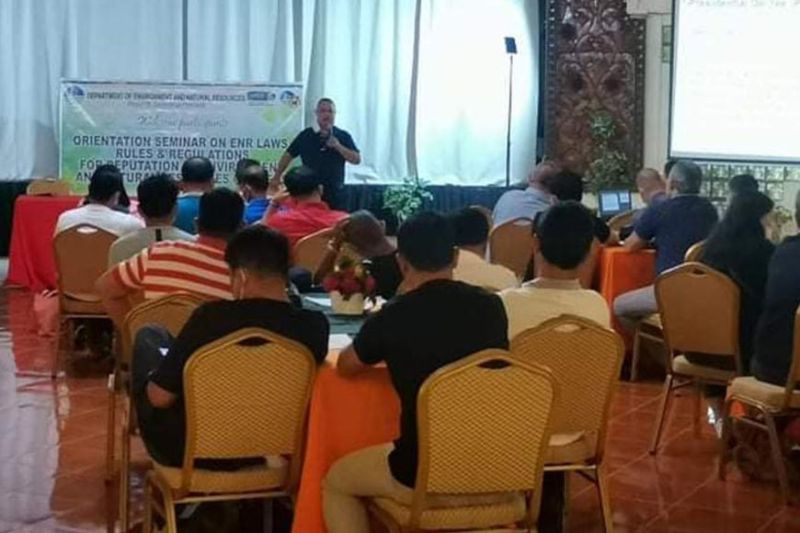 ENVIRONMENTAL LAWS. Some 50 city and village officials of Dapitan City, Zamboanga del Norte undergo a two-day orientation on Environment and Natural Resources laws and are set to become deputized environment and natural resources officers. A photo handout shows one of the DENR resource speakers (Standing) tackling one of the laws on environment during the activity. (SunStar Zamboanga)

“They will become deputized environment and natural resources officers upon the issuance of a deputation order from the Office of the Regional Executive Director,” Tan said.

Ronald Gadot, assistant regional director for technical services, said the orientation aims to raise awareness and capacitate the participants on the different environment and natural resources (ENR) laws, rules and regulations and harness them as partners in the protection and conservation within their area of responsibility.

Gadot said they conducted the two-day activity based on the request of Dapitan City Mayor Rosalina Jalosjos to conduct orientation and facilitate the deputation of selected officials as partners in the enforcement of ENR laws.

Jalosjos said her request for deputation conforms with the mandate of the local government units to help DENR protect and preserve the natural resources within their locality.

Jalosjos believed that the partnership shall raise their awareness and active involvement to safeguard the rich natural resources in their city.