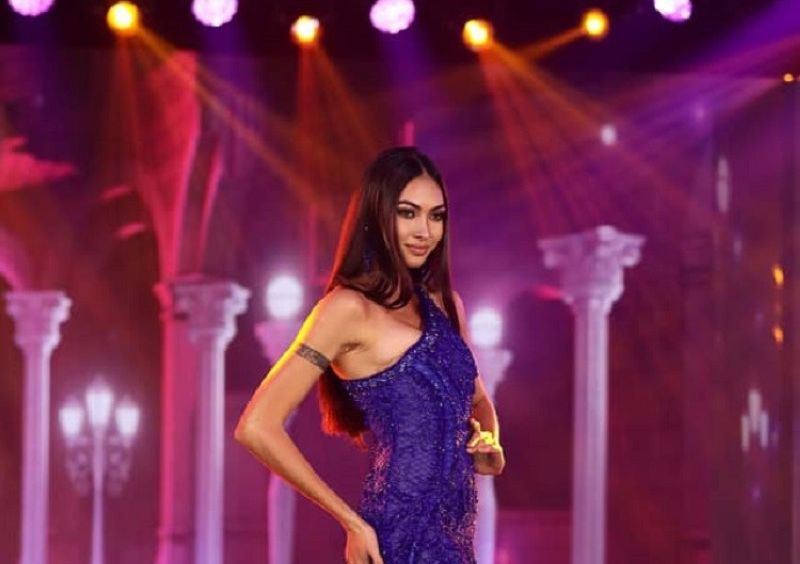 The Cebuana beauty will represent the Philippines in the prestigious 70th Miss Universe pageant in Eilat, Israel in December 2021, where Andrea Meza of Mexico will crown her successor.

Maureen Christa Wroblewitz of Pangasinan was the first runner-up of the competition and Steffi Rose Aberasturi of Cebu Province was the second runner-up.

During the question and answer portion, when asked how she would be able to continue inspiring others if during her reign in Miss Universe things happened in her life that make her sad and uninspired, Gomez said she will rise above all of it and will not give up.

"It is very evident that all of us have been through difficulties during this pandemic, but it is also proved that we are able to rise to the occasion. And if anything happened to me during my reign, I will not give up and inspire others by rising to the problems that I am encountering and inspiring them that whatever they are going through you [they] will be able to overcome it," Gomez said.
Aside from the crown, Gomez also won several special awards, including Best in Swimsuit, Best in Evening Gown, Miss Creamsilk and Immunplus Game Changer.

A proud member of the lesbian, gay, bisexual, transgender (LGBT) community, the beauty queen showed the whole nation that she is not defined by any labels.

"I think we are definitely ready to send a member of the LGBTQ+ community to the Universe," she said during the casual conversation portion.

During her opening statement on August 28, Gomez was very vocal that she is proud of her girlfriend, Kate Jagdon, for being by her side during her journey to the crown.

"When I want to spice up my workouts, I do a few rounds of boxing, and I do most of these things with my girlfriend Kate. We’ve been together for six years, going seven in a few months. And in the height of the pandemic last year, we adopted a pusang Pinoy and we named him after a chocolate bar. His name is Twix, and I’m very obsessed with my cat,” she said.

Cebu Province's Aberasturi ended her Miss Universe Philippines journey in the top 5. She was also hailed Miss Luxx White Reveal Instabright Stunner. She won the Panelists' Choice during the Introduction Challenge in August.

Aberasturi was also the Fan Vote Winner and Panelist's Choice during the runway challenge of the competition, where she strutted the Cebu-Cordova Link Expressway as if it was a catwalk.

The pageant removed the height requirement for contestants, opening doors to females who have dreamed of wearing the crown.

Unlike 2020's edition, this year's competition started with 100 delegates selected by judges from online applications.

Due to the Covid-19 pandemic, challenges were done remotely in their hometowns. Fans were able to vote for their favorites to help them advance to the next level of the competition.

Three contestants with the highest votes were automatically entered the the top 30, including Aberasturi, and the remaining 27 were selected by the Miss Universe panel. Only 28 candidates vied for the crown on Thursday since Ybonna Ortega of Davao tested positive for coronavirus and Joanna Rabe of Zambales had the dengue fever.

The Miss Universe Philippines 2021 was hosted by KC Montero with entertainment by Sam Conception and Michael Pangilinan.
< Previous PageNext Page >