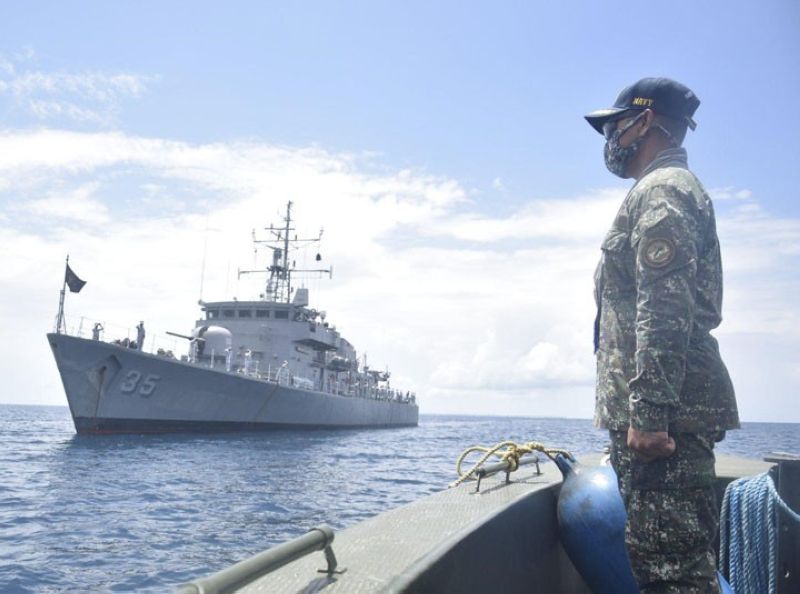 COLONEL Romeo Racadio, Joint Task Force (JTF)-Tawi-Tawi, lauded the crew of the BRP-Emilio Jacinto (PS-35) for their hard work and dedication in securing the country’s waters in southern Philippines.

“My gratitude to you for a job well done,” Racadio told the officers and men manning BRP-Emilio Jacinto.

Racadio then engaged with and presented a memento to the crew of the vessel.

BRP-Emilio Jacinto is set to undergo repair and upgrade and will be replaced by BRP-Mariano Alvarez (PS-38).

BRP-Emilio Jacinto is currently assigned to the Offshore Combat Force of the Philippine Fleet.

She is one of few ships in the Philippine Navy equipped with modern systems after the completion of combat, navigation, and weapon systems upgrades in 2019.

“The BRP Emilio Jacinto has been of great help to the Western Mindanao Command (Westmincom) particularly in the campaign against terrorism and kidnap for ransom activity at sea,” said Major General Alfredo Rosario, Jr., Westmincom chief,

“Thank you and I am so proud of you,” Rosario added. (SunStar Zamboanga)