Bzzzzz: It's Margot, not Bebot or Tomas for mayor. Hontiveros, Zafra won't run under Barug but will back Mike Rama for mayor. Ruling party to file COCs October 5. 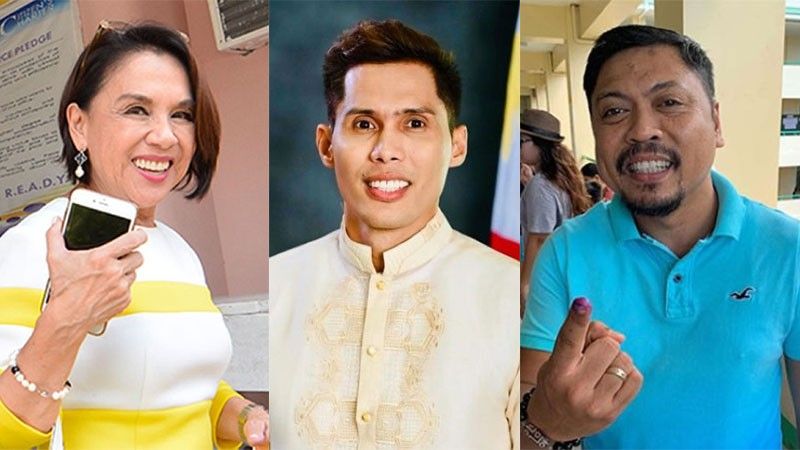 The conflict of choice was resolved in favor of the wife, who was said to have put her foot down on the husband running for mayor again ("kon gusto kang mamatay, dagan"). But, apparently, if Tomas would run for the House seat, she thinks running for and serving as congressman wouldn't be too strenuous.

The cat was out of the bag in a video interview with broadcaster Jason Monteclar, released Monday afternoon, October 4.

Will Councilors Donaldo "Dondon" Hontiveros and Phillip Zafra remain independent, as the two members of the ruling party declared themselves to be last September 4?

Hontiveros posted the word "independent" on his Facebook wall. So did Zafra minutes later on the same day, both using the same display format.

It was not known if they formally resigned from the party. People assumed that the friction, which prompted the "secession," was removed.

And there they were Monday, October 4, seated on the same table of panelists at the City Hall press-con called by Acting Mayor Michael Rama, Barug's standard bearer in the 2022 elections.

When asked if the two councilors were still with Partido Barug ("kauban pa ba gihapon, mo?"), Rama said a lot about they (Dondon and Zafra) and the Barug group never having parted ways and they are in it together, doing various things for the city "as one family of servant (s)" ("uban, kuyog, lig-on ta").

While Mike was speaking, Dondon pointed to a piece of paper on the table, presumably their statement, nudging the acting mayor on the shoulder. The basketball celebrity-councilor, who bills himself in social media as "the Cebuano hotshot," did that twice. Eventually, the two councilors were asked to speak and Dondon pointed to Zafra to speak for both of them.

Zafra said the two will remain independent. But, he said, it doesn't mean they are also with the opposition. "Whoever is there (at the top), we will be together." And they will support Acting Mayor Rama "even in his desire to seek the mayorship," Zafra said.

Nobody asked for a specific and categorical confirmation, which the situation required: namely, Dondon and Zafra won't be running under Partido Barug and their COC or certificate of candidacy will bear the word "independent."

WHAT'S THE DEAL? The question as to whether Dondon and Zafra will run under Barug also leads to other questions, such as, (a) will Barug adopt the two as guest candidates of sorts? (b) in supporting Rama, what will the two receive in return from him? (c) does their support include all other members of the Barug slate?

Since the parent question was not asked, the other related unknown facts were also not disclosed. Readers have to wait for the answers, at some other time and forum.

P.S. By declaring themselves independent, can they dissociate themselves from the issues of alleged corruption and mismanagement the opposition BOPK has started to throw at the Barug administration?

COC FILING. A.M. Mike was asked when Barug candidates will file their COScs. He started with, "Segurado gyud ang among filing before, no, it can be on October 8 but after October 5."

No, "tomorrow (Tuesday), October 5, mark it in your calendar," Rama said, "Abangan."

Day 4 of COC-filing period, the rumor still persisted that there might be changes in the top two spots in the BOPK slate but not in the Barug ticket.

And not in the councilor lineups, which were decided much earlier and were less open to last-minute revisions. The clustering is based on a list first published, on October 3, by broadcaster-columnist Bobby Nalzaro, subject to the alert that there could be last-hour revisions without courtesy notice:

Councilors Dave Tumulak (Barug) and Eugenio Gabuya Jr. (BOPK) are term-limited. Councilor Raymond Alvin Garcia is running as Mike Rama's vice mayor under Barug. Councilors Niña Mabatid and Edu Rama will be Barug's bets for the House seats in the north and south, respectively. Councilor Franklyn Ong, if not Congressman Bebot, will be Margot's vice mayor in the BOPK slate.

Former mayor Tomas Osmeña is listed as BOPK bet for congressman in the south district, a post he occupied in 2010. But, newsbreak, his wife Margot announced through a video interview that she'd run for mayor instead, not her husband Tomas or Congressman Bebot.

Former congresswoman Rachel "Cutie" del Mar is listed as BOPK bet for congresswoman in the north district. Earlier, there was speculation that she might be ditched in favor of de los Santos, who lost to del Mar in the 2010 fight for the same post (Mary Ann's 58,492 votes against Cutie's 98,501).