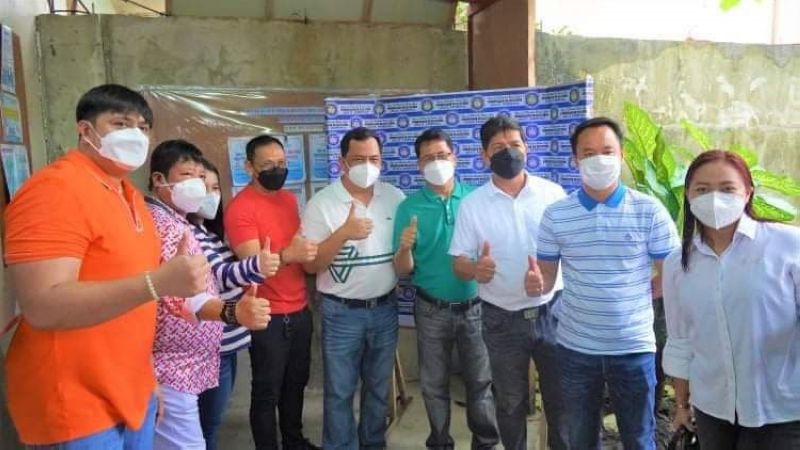 ALL incumbent officials of Apalit town in Pampanga are seeking another term in the coming May 2022 polls under a united slate.

Mayor Oscar Tetangco Jr., meanwhile, filed his COC on Sunday morning, October 3, after attending mass with his family. He was accompanied by the rest of their slate.

This is the first time in the history of the municipality that all incumbent officials have joined forces under a single coalition.

He added that the re-election of all incumbent officials will ensure the continuity of programs implemented since his first full term in 2007 to 2016, carried on by Vice Mayor Peter Nucom when elected mayor in 2016, until Tetangco's re-election in 2019.

Among the priority programs to be implemented by his administration if elected anew are the development of Don Honorio Ventura State University, completion of dialysis center, the construction of a community hospital that already has a P75-million funding, and establishment of Aslag Government Center.

On the Covid-19 response and recovery program, Tetangco said the local government has started supplementing the "Gamot sa Barangay" program initiated by Governor Dennis Pineda and which downloads essential medicines to suspect and Covid-19 patients.

He said they are also set to launch a facility that will cater to Covid-19 patients that have no to mild symptoms to decongest the Covid-19 referral hospitals.

Meanwhile, Nucom expressed the commitment of the whole Municipal Council members on the administration of Tetangco.