Piñol resigns as MinDA secretary, to run as senator 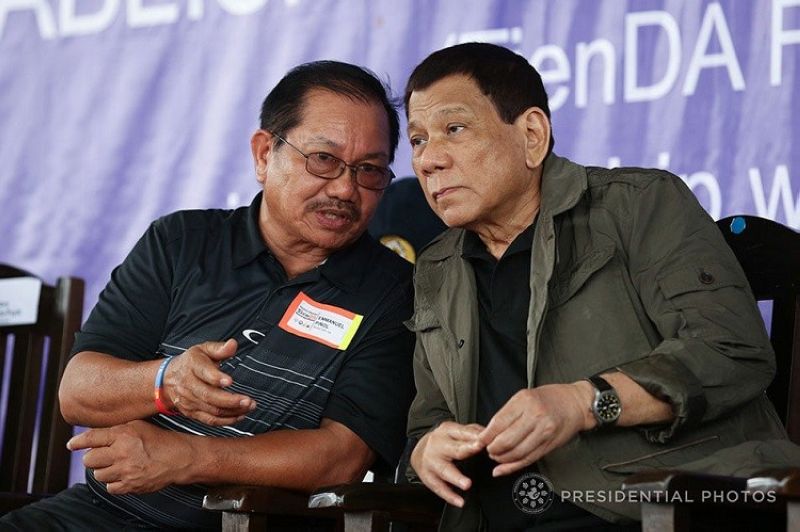 In a Facebook post Monday, October 4, 2021, Piñol said he tendered his resignation, which is effective on October 5, to President Rodrigo Duterte.

The official also revealed that he has left PDP-Laban and returned to his former political party, Nationalist People's Coalition (NPC), whose standard-bearers are Senator Panfilo Lacson and Senate President Vicente Sotto III.

Lacson and Sotto are running for president and vice president.

Piñol joined the PDP-Laban in 2017 when he was still the Agriculture secretary. He was named as a “point person” of the ruling party in his home province in North Cotabato.

The official also responded to queries why his name was not included in the senatorial slate of the PDP-Cusi faction despite the clamor of farmers headed by Gabriel Hebron Francisco in Zambales, urging him to run for the Senate.

(To those who are asking why I was not included in the administration ticket, this would be best addressed by Secretary Alfonso Cusi, who released the names of their Senatorial slate.)

His decision to leave PDP came after discussions with his siblings and supporters.

He added that he will run for senator to protect the welfare of the farmers and fishermen.

Piñol, however, clarified that his resignation from the Cabinet and the party will not affect his friendship with the president.

"Does my resignation and decision to run for a Senate seat outside of the party of President Duterte mean that I am parting ways with him or I am turning my back on him? No, never," the ex-official said.

Piñol recalled their friendship when the President was still Davao City mayor, while he was still Cotabato governor, although he admitted that he opposed the latter’s decision to sign the Rice Tariffication Law, which he said will not help the rice farmers.

He said he had a “deep” personal relationship with Duterte, who is the godfather to his two children. He also thanked Duterte for appointing him in his cabinet as Department of Agriculture Secretary from June 30, 2016 to August 5, 2019 and as MinDA Chairman from August 5, 2019 to October 5, 2021.

(Now that the President has decided he’s no longer running, I feel more relieved because I think I will be free to continue my advocacy with Agriculture.)

MinDA public relations chief Adrian Tamayo told SunStar Davao in an online message that Executive Director Undersecretary Janet Lopoz and the directors will take over in heading the agency in the meantime.

"MinDA will continue its job in integrating and coordinating development efforts for Mindanao especially this time of the pandemic to achieve economic recovery," Tamayo said.