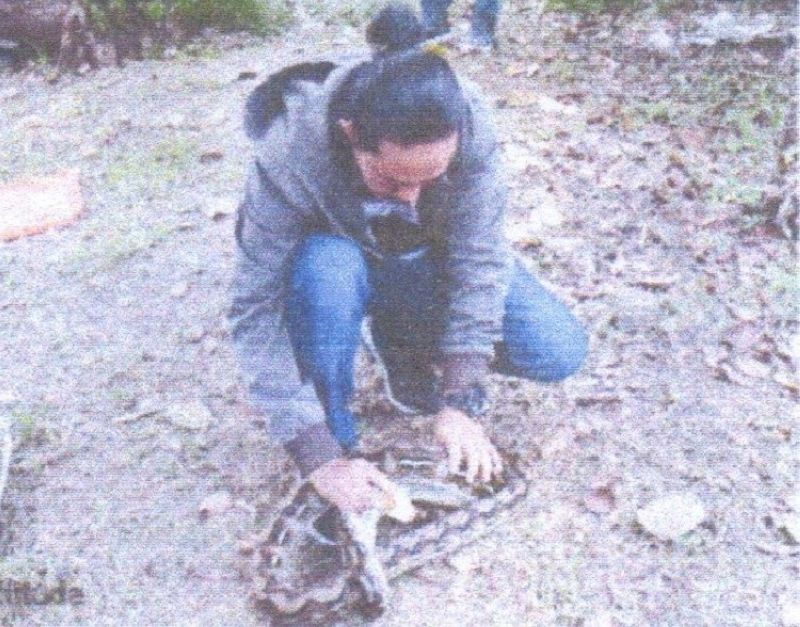 PERSONNEL of the Provincial Environment and Natural Resources Office (Penro) in Biliran have released a reticulated python back to the forested area after it was caught trying to prey on chicken inside a farm in Barangay Cabunga-an, Naval.

The python, measuring 2.76 meters in length and weighing approximately six kilos, in the farm owned by Orson Manco, who then turned over the captured snake to Penro.

“We appreciate the effort of Mr. Manco who turned over the captured snake to the office because we really want our wildlife species to stay protected in their natural habitat,” said Director Tirso Parian of the Department of Environment and Natural Resources (DENR).

“We are requesting everyone to report incidents of wildlife trading and any form of wildlife abuse to the DENR. Also, if there are wildlife species in your area that needs to be rescued, please contact the DENR office nearest you,” the official added.

Reticulated pythons are native to the rainforests of Southeast Asia including the Philippines.

The said animal is classified as other threatened species, which means that it is under threat from over-collection throughout its range and is likely to be moved to the vulnerable category in the near future.

The species is also threatened due to predation, destruction of habitats, or other similar causes.

The DENR reminded the public that collection and possession of wildlife are guided by Republic Act 9147, An Act Providing for the Conservation and Protection of Wildlife Resources and their Habitats.

Violators of the said law will be meted with corresponding sanctions and penalties. (SunStar Philippines)