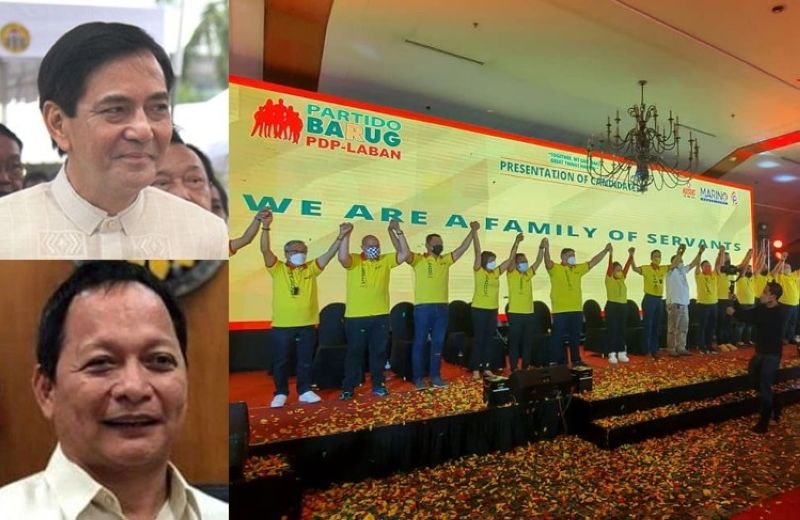 But he wouldn’t tell what Labella’s son Jaypee Labella and City Administrator Floro Casas Jr. told him. Edgar’s family should be the one to inform the public. Rama indicated that Jaypee could do that for the Labella family since he is a candidate for city councilor in the Barug ticket. Rama, elected as vice mayor to Labella in 2019, earlier said the mayor had long not communicated with him, saying his calls and messages were not answered.

That, as these developments surfaced:

[1] Mayor Labella’s leave may be extended again, according to city manager Casas in a media report Wednesday. The mayor needs more time to recover from his illness, Casas said, without specifying its gravity. Labella’s seventh leave, which started on September 20, was to end last Sunday, October 3.

TERM UNTIL JUNE 30. The September 29 invitation to Wednesday’s was the second; the first was extended by the City Council last August. This time, the City Council was prompted by the complaint of businessman-engineer Crisologo Saavedra who alleged Labella violated the law and CA Casas was usurping his functions. Saavedra wanted Rama to replace Labella, which the Sanggunian cannot legally without self-admission or other evidence of permanent incapacity.

The mayor’s term of office will expire only on June 30, 2022, Acting Mayor Rama said at the press briefing. But he didn’t say if that granted the mayor the right to hold on to his post by a series of medical leaves.

Is that why Joel skipped affair?

DID Councilor Joel Garganera, who is also chief of the city’s Emergency Operations Center, choose not to attend the Partido Barug presentation of candidates at Casino Español Tuesday, October 5 because he realized that health protocols were violated by the establishment and those who used the venue, who were members and supporters of his party?

That possibility came up the following day when the city’s EOC reportedly issued a show cause order against Casino Espanol. Apparently, it was the responsibility of the establishment to see to it that quarantine rules, which were conditions for the business to operate.

It would’ve been awkward for the EOC chief to be videoed and photographed with his party-mates at the scene where possible super-spreading of the virus could occur. The show-cause order issued afterward proved his prudence in not joining the party.

Garganera didn’t say that, though, at the press-con where he appeared with A.M. Mike.

SO SORRY. Rama who led the Barug presentation said they reminded themselves of the rules (“Wuhan,” his wash-your-hands mantra) and generally followed them, except in “moment/moments” when the people were excited.

He said he was sorry, even as he took responsibility for the violations in his capacity “as leader of the party.” Garganera, seated beside him at the press-con, said the acting mayor “absorbed” the blame.

EMERGENCY text blasts announcing the presidential candidacy of Ferdinand Marcos’s son Bongbong Marcos as he was filing his COC, an official of National Telecommunications Commission said, will be investigated.

Would the Marcos campaign own it up? Highly unlikely. Would they catch the perps who did it through “illegal cell sites”? If they could.

Expect more digital gimmicks in the weeks to come, outside the pale of the law or on its fringes.

On related BBM matter: when asked about the chance of Bong Go being his vice president, Bongbong said, “Bongbong-Bong? Bong to the third power?”