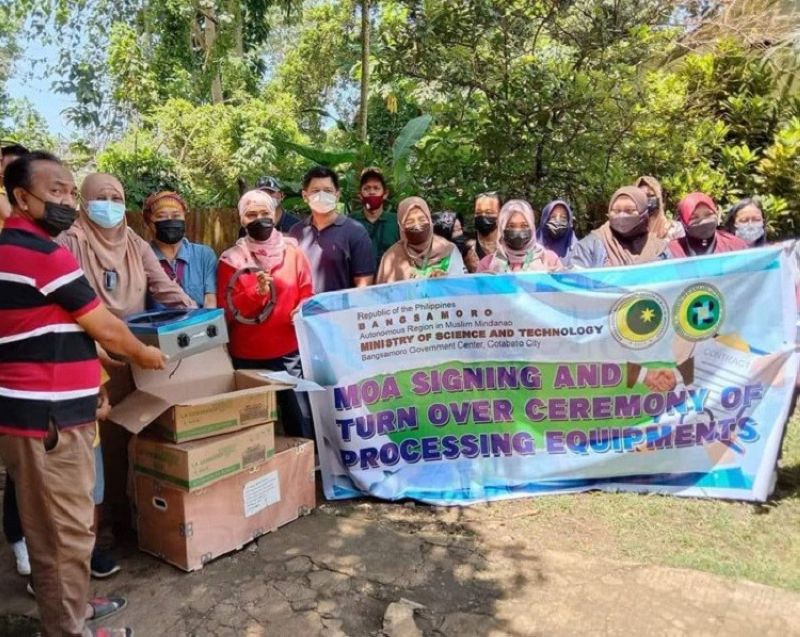 THE Ministry of Science and Technology in the Bangsamoro Autonomous Region in Muslim Mindanao (Most-Barmm) has turned over last week processing equipment to three identified cooperatives in Jolo, Sulu.

Most Minister Aida Silongan, who led the turnover of the equipment, named the recipient-cooperatives as the Bansag Babai Incorporated Women’s Organization; SWC Sardines Cooperative; and Usaha Sin Anak Miskin Cooperative.

The Most and the three cooperatives have also signed a memorandum of agreement, which stated the roles and responsibilities of both parties.

Silongan believed that the processing equipment given to the organization would certainly speed up the production of their products.

“We are glad to turn over processing equipment to three identified cooperatives here in Sulu as it will provide more products, add profit to the organization, and will greatly help members in their livelihood,” Silongan said.

The turnover of equipment is part of Most’s Technology Transfer and Commercialization Program in the region to help micro, small and medium enterprises (MSMEs) produce more products that will significantly increase more profit and will aid in production. (SunStar Zamboanga)