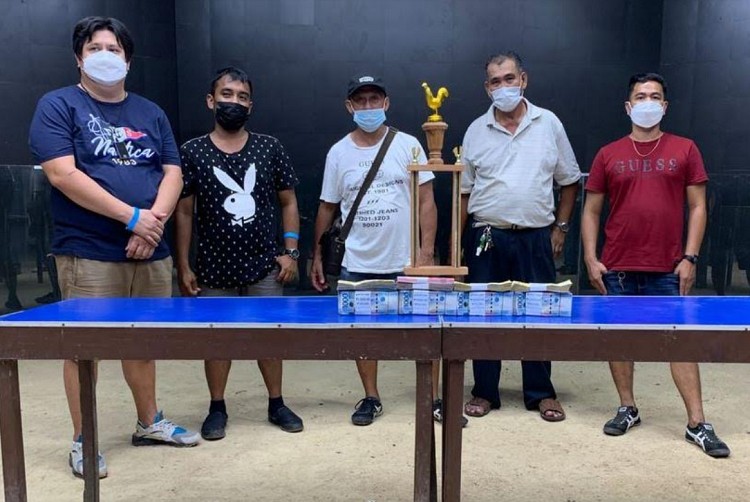 Sharing the top prize of P1.3 million equally among themselves from the P3.3 million total at stake in the leg were PosBros, owned by Marlon Posecion, Inigo's Café of CFO/Vice Nene/K. Pedratas, Zelian GF of Apol Alsosa and Baby Face Assasin, owned by Abel Galenero.

The four scored six wins in seven matches during the stagfest held during the derby period, from September 23 to 30.

Runners-up of the third leg with 5.5 points each were Mt. Malinao of Booby Urvista and Andrew Montelibano; DRB Cano of Cano Belbes and CTB Himakas of Carlos Beato.

The entry with the highest point after the six-leg series conducted by Sabong International in cooperation with Metro Third Breeders Association and NTC Group will receive a whopping top prize of P 5 million with the runner-up taking P 1 million.

Also, the entry with the most championships in the series pockets gets P3 million, while the highest pointer's handler and gaffer get P700,000 and P300,000, respectively.

The rest of the series will be held until December, with the fourth leg slated from October 22 to 29. (PR)