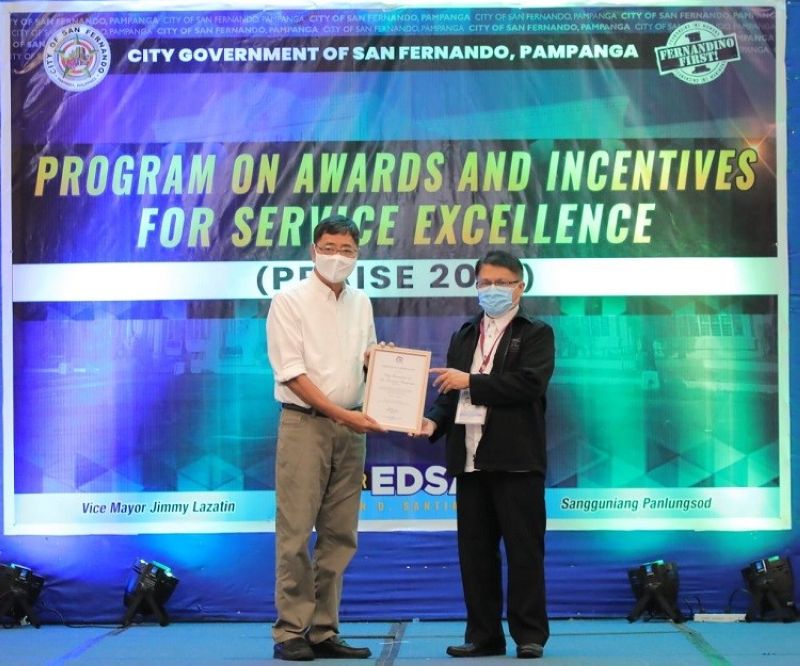 THE Civil Service Commission (CSC) recently awarded a plaque of appreciation to the frontliners of the City Government of San Fernando for their efforts in curbing Covid-19.

According to the CSC, the Fernandino frontliners have “done unrelenting efforts and rendered extraordinary services in fighting Covid-19 pandemic.”

The plaque of appreciation was handed over at Heroes Hall here, along with the recognition of Mayor Edwin Santiago, who for the third time, was named a Presidential Lingkod Bayan awardee for his "exceptional or extraordinary contributions resulting from an idea or performance that had nationwide impact on public interest, security and patrimony.”

Similarly, the “Fernandino First” slogan of the outgoing mayor and his “natural affection to the masses” was also featured by the agency, noting these paved the way for the lives of the underprivileged communities to be uplifted.

The HAP, annually held by the CSC, apart from its main aim of recognizing outstanding work performances by civil servants, is also staged to “motivate and inspire employees” to improve the quality of their performances in public service.