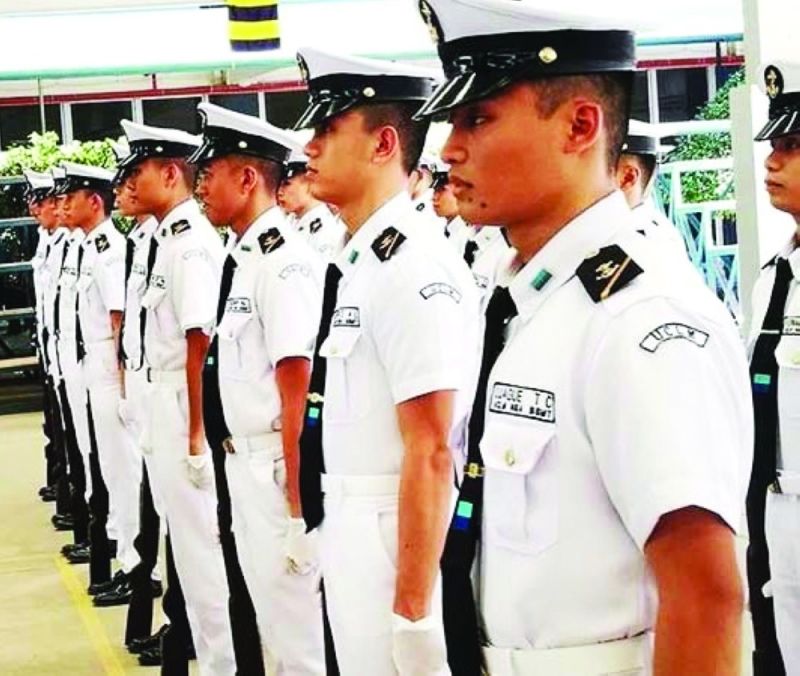 BURDEN. No domestic shipping will be motivated to accept cadets on board their ships if the provisions of the Maritime Labor Convention 2006 will be adopted in domestic shipping through Senate Bill 2369, the 50-member Philippine Coastwise Shipping Association said. / SUNSTAR FILE

THE Philippine Coastwise Shipping Association (PCSA) has warned it will stop accepting maritime apprenticeship should Senate Bill 2369 or the Magna Carta of Filipino Seafarers bill get passed into law.

PCSA chairman Lucio Lim Jr. said while the sector understood that the draft Magna Carta aims to translate the Maritime Labor Convention (MLC) 2006 into a Philippine law, applying the MLC in the domestic shipping scene is “not feasible” and may only lead to “the collapse of the country’s shipping and manning industry.”

“While the protection of seafarers is of paramount interest in the proposed law, it is respectfully submitted that the same cannot be fully and completely applied in the local setting as certain requirements embodied in the MLC are not adaptable and would even run counter to the setting of the Philippine domestic shipping industry,” said the PCSA in its position paper addressed to Sen. Joel Villanueva, who chairs the Senate committee on labor and employment and sponsor of the bill, on Aug. 26, 2021.

The MLC 2006 states that seafarers have the right to safe and secure workplace that complies with safety standards; decent working and living conditions on board a ship; medical care, welfare measures, and other forms of health and social protection; and fair terms and conditions of employment, including salary commensurate to their rank, minimum number of working hours, and rest periods consistent with Philippine or international maritime conventions.

Villanueva said Senate Bill 2369, covers all aspects of a seafarer’s career, from training to retirement, and covers all the institutions in between, from maritime schools and manning agencies to welfare funds.

“It must be underscored that the MLC was adopted mainly for international voyages and protection of overseas seafarers whose working lives are spent outside the home country and since their employers are also often abroad, the need for effective international standards have been imperative,” the group added.

PCSA noted that maritime nations such as Norway, United States and the United Kingdom are not applying the provisions of the MLC to their domestic shipping.

“We are objecting to the implementation of the Magna Carta on domestic trade because it is not necessary and doable. If they implement that in the Philippines, the operational cost will go up and of course, everybody will have to charge higher,” Lim said, in a virtual interview.

Specifically, the MLC requires that accommodation should be given to seafarers on board, which according to PCSA, could not be done in domestic ships due to short time voyages as well as limited space on board. In fact, the group said most passenger ships only travel for more or less four hours per trip from its port of origin until it reaches its final port of destination.

The MLC also requires that each seafarer must have a minimum number of hours of rest. The group argued that in the domestic scene, 95 percent of the local ships only sails below 150 nautical miles or less than 25 hours.

Moreover, the MLC also provides the cadets the same rights, privileges and benefits similar to seafarers.

The PCSA said given that they are onboard for shipboarding training purposes only and not as employees, they should not be equated with seafarers given their roles, responsibilities and accountability on board ships.

“No domestic shipping will be motivated to accept cadets on board their ships,” the group said.

According to Lim, instead of only accepting five students for apprenticeship, most ships accept 10 to 15 cadets even sacrificing passenger capacity just to help the industry.

“This house bill, if passed by the Senate, will lead to the collapse of our manning industry because the shipowners cannot accommodate all that they are asking for in the bill. The result will be nobody will be accepting anymore apprentice mates,” said Lim. “No one in our association will be accepting.”

The group said if passed, local shipping companies will limit the admission or will not accept cadets for on-the-job training, which could greatly affect the onboard training program and the quality of maritime graduates the maritime higher education institutions will be able to produce.

The Philippines is known to be the world’s largest supplier of seafarers to international shipping. During the course of the pandemic, this status was challenged as the number of seafarers deployed overseas plunged 54 percent in 2020 to 217,223, compared to 469,996 in 2019.

The PCSA is the largest shipping association in the Philippines and the biggest in terms of total gross tonnage of ships combined. It represents 50 members with more than 600 vessels from small to medium in size. (KOC)