Qs7: Mike Rama says God is his No. 1 adviser, it doesn't matter if he faces Margot or anyone else, 'Mom' is a non-issue, and what Cebuanos want in next 3 years. 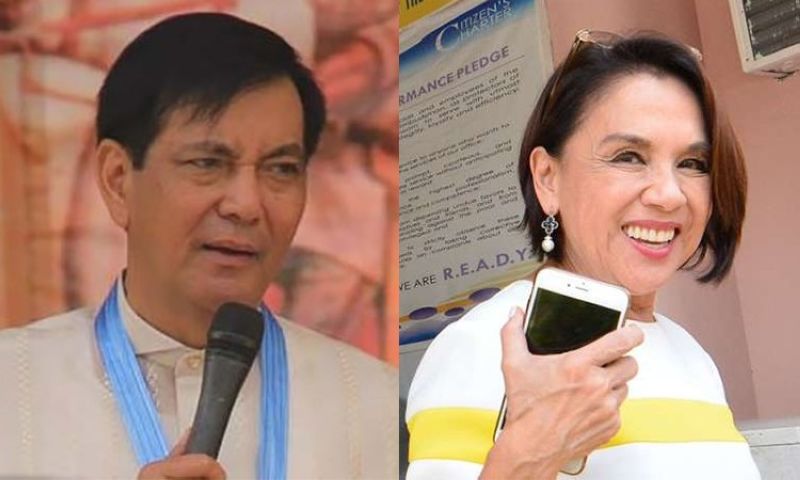 Tomas's initial pitch for Margot: the City "needs now not a strict father, but a caring mother." "Like an ailing child," Tomas said, "our City needs help." The graphic that appeared with that line says MOM, short for Margot Osmeña for Mayor.

[1] What does Acting Mayor Michael "Mike" Rama think of the "Mom" figure of speech, in relation to the election bid of his former colleague in the City Council?

"It's a non-issue," Mike Rama says. "A father, mother, or a childless (bachelor) like Noynoy (Aquino) can lead the city. We offer a leader who empowers others."

Mike obviously rejects the gender card, believing that anyone can govern the City and solve its problems, including the long-festering pandemic.

[2] How about facing Margot Osmeña -- who is being touted as possible first woman Cebu City mayor if she wins -- instead of her husband Tomas, the BOPK head, or Congressman Bebot?

"It does not matter" whom he'll face, Mike Rama says. Anyone of the three is "a worthy opponent."

True but in Mike's private war room, strategists must have prepared a different strategy for Tomas, Bebot or Margot. Sun Tzu says, “If you know the enemy and know yourself, you need not fear the result of a hundred battles.” But then, not every politician reads or follows Sun Tzu. And many of them publicly say little of how they'll wage their battle.

And yes, another woman tried to win the mayorship in 2007. Then Lahug barangay captain Mary Ann de los Santos ran, under Team Rama, against Tomas Osmeña and lost.

[3] Margot has more than once said she relies on her husband for political advice. She trusts him, for one, to pick the national party that BOPK will coalesce with for 2022. She insists though that the idea and decision to run came from her, not from Tomas. How about Acting Mayor Rama, who will be Mike's adviser, the man or woman who's not in the ring and can stay clear-headed about it all?

Mike Rama says, "First and foremost, it's discernment. It comes from God, my No. 1 adviser. I am nothing without Him. There are some, my Family of Co-Servants... and quite a number in the private sector and civil society, as well as my family and the political Rama clan."

Partido Barug used the catchphrase "Family of Co-Servants" in its initial salvo, the presentation of its candidates at Casino Espanol de Cebu Tuesday, October 5. Not exactly a new campaign pitch, it's a retro to the time when politicos offered themselves as "inyong sulogoon."

[4] What does Mike Rama have that he thinks would sell more effectively to voters than what Margot Osmena has?

"Track record of 27 years in public service. Record will not lie regarding competence in governance."

[5] Does the acting mayor need some change or tweaking in look or style now that he's facing Margot?

[6] How about being direct and brief in his messaging, which was a handicap in past campaigns?

"I will consider shortening my message."

[7] What does he think Cebu City voters want in the next three years: more of Osmena or more of Rama?

Acting Mayor Mike believes "it's not about Rama or Osmena."

He says "Cebuanos seek good governance, transparency, and the greater good for the public. 'Public office is a public trust,' (which) is very much pronounced. Quality of service, service above self, and humility in taking responsibility are what the people want."

Both Osmeña and Rama have controlled and/or influenced Cebu City politics for decades now. And as in most other LGUs in the country, it is a politics of personalities.

Tomas Osmeña served six terms or 20 years as city mayor and one term as congressman or three years, with a total of 23 years. Not counting the years when the sitting mayor was allegedly under Tomas's political influence or control.

Mike Rama served two terms or six years as mayor, now on his fourth term or 12 years as vice mayor, and three terms as councilor or nine years, or a grand total of 27 years. Acting Mayor Mike may say though that only a fraction of that may be considered he was on his own. All the time, except for the latter six years or a bit more, Mike was under the wing or shadow of his boss. Mike totally broke away only in 2013 when, facing Tomas himself, he was reelected as mayor. He beat Tomas in that election but Tomas beat him in 2016. In 2019, Tomas lost to Edgardo Labella with Mike Rama as Edgar's vice mayor.

Like it or not, voters will have more of either the Ramas or the Osmeñas.