Explainer: COA request for P2B SRP lot assailed. Is it wise to locate Government Center there and give away city's assets? And this: may COA get freebie from LGU it watches? 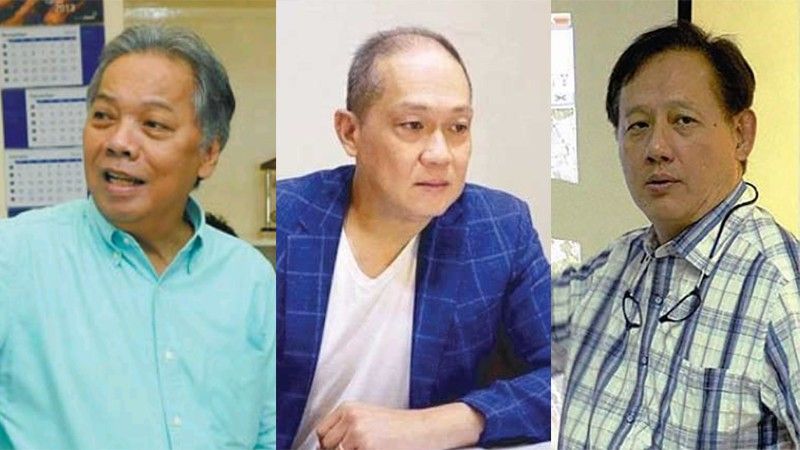 [1] Must the City Government approve the request of the Commission on Audit to donate 8,000 square meters (sqm) of land at SRP and, for that matter, give free use of its land to any other government agency that has its own resources?

[2] Has the idea of a government center at SRP been thoroughly studied, given the value of the land there and the impact on traffic? Shouldn't it be located somewhere else, preferably on province land?

For that, Minority Floor Leader Nestor Archival wanted data on land use of SRP, to see how much has been sold, donated or given away in usufruct.

PLUS COA'S RISK IN REQUEST. The added question is about values, propriety and conflict of interest.

Aside from calling for more study on the request and scrimping of resources for the city's current big problems, Councilor Alvin Dizon (BOPK) asked SRP manager Varquez rhetorically if COA wouldn't risk losing public perception of its "independence and integrity" after getting the land for free from the local government whose spending is being watched by that agency. On the side of the City, couldn't it be seen as bribing the watchdog to make it less stringent in auditing the LGU's manner of spending?

Councilor Joy Augustus Young hammered COA for asking for land when Its own requirement of disposing land "for value" would disqualify such a deal. "Double standard," he said.

POLICY OF GIVING AWAY. Councilors Franklyn Ong and Young, both from BOPK, have vigorously slammed the "policy" of donating or giving free use of SRP lots.

These are hugely valuable assets that the City gives away to national agencies that have their own abundant resources from the central government, Councilor Ong repeatedly pounded on that point. In Wednesday's session, Ong was visibly angry at the policy and its authors, saying he cannot "understand the wisdom and logic" of it.

Varquez explained that the mayor ordered him to study COA's request and the SRP governing board, through City Administrator Floro Casas Jr., to "respond" to the COA request. It wasn't clear though what Mayor Edgardo Labella specifically instructed; that's why, Ong asked for the minutes of the SRP governing board meeting.

Councilor Young also chided Varquez to be more prudent and diligent in "protecting" SRP assets and monitoring compliance with conditions in donations, usufructs and joint venture agreements. He cited the case of

University of the Philippines, which still has to meet conditions in the donation of 5.12 hectares of SRP land and the request of COA, which, the councilor says, already owns 8,000 sqm of land in Tejero and another lot at Ecotech.

THE 'BRIGHT BOY' BLAME. The way the complaint sounded from the aggrieved councilors, the mayor was to blame for the twin policies of putting up a government center and offering free lots for the occupants.

As to which mayor, it must be the chief executive who initiated or approved the grant. When Councilor Young asked at the Sanggunian September 15 session, "Who's the bright boy?," Majority Floor Leader Raymond Alvin Garcia answered, "Tomas Osmeña," It was during Tomas's watch that the City donated two hectares to Department of Health and the 5.12 hectares to UP -- the first major free disposals of SRP land.

But the allocation of blame is not entirely accurate. The City Council approves the donation, usufruct, or lease or joint venture and grants the authority for the mayor to sign. If the Sanggunian is controlled by the mayor, it bows to his wish but the legislature, as a department and an institution, cannot fault the mayor alone.

WHY THE GOVERNMENT CENTER. Apparently, the Government Center at SRP sprouted from the earlier grants of land to DOH, UP and the Supreme Court and Court of Appeals. SRP chief Varquez told the City Council that he believed the addition of COA to the bunch would "complete" the center, as it would add to the collection of services: health, education and judiciary.

SRP planners must think SRP would be more attractive to investors if it has the key government offices nearby. But no study was made on its impact on traffic and the loss of LGU assets for buildings not tall enough to compensate for the cost of the lots.

SANGGUNIAN'S CHECK. Regarding the COA request, the City Council showed that it could influence, if not entirely avert, a transaction that is disadvantageous to the City. Initial resistance may have led to changes on COA's request.

SRP chief Varquez told the councilors that COA accepted a usufruct instead of a donation, 5,000 sqm instead of 8,000, and at least six stories for the building. It may even include other conditions for the City to earn from the deal, instead of total freebie; after all, as Ong pointed out, these agencies have budgets for their regional operations.

And, Varquez said, COA said the requested lot does not have to be at SRP, which indicates the deal has still to be thoroughly studied.

In effect, the policy of checks and balances is being helped by the Sanggunian action. They are probably reminded that a bad deal made by the mayor can only be as disastrous as the same deal approved by the City Council.