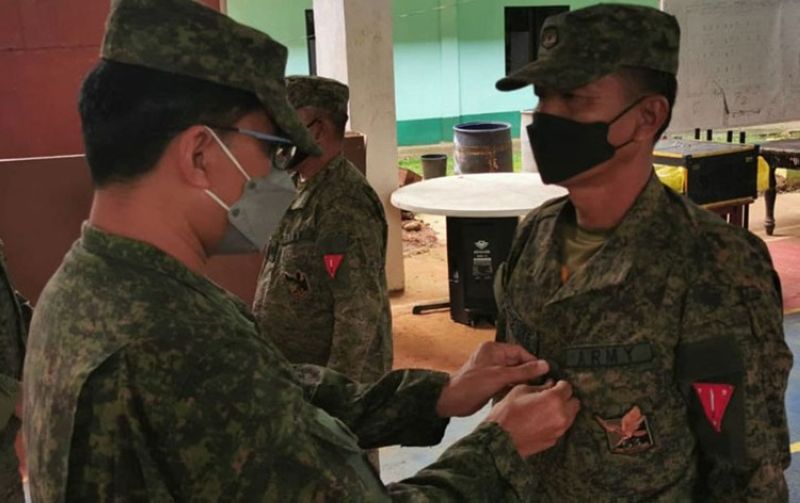 THE Army's 53rd Infantry Battalion (IB) has promoted 17 enlisted personnel of the command to the next higher ranks for dedication to duty.

Herrera said the 53IB troopers remain committed and "are now more motivated to serve the people they have sworn to protect."

Meanwhile, the Cafgu Active Auxiliaries (CAAs) of the 53IB based in Upper Landing Patrol Base in Dumingag, Zamboanga del Sur received individual rice allowance as part of its "Better Life: Adopt-a-Cafgu Project."

Camsa also talked to the CAAs to boost their morale and determine their issues and concerns. (SunStar Zamboanga)