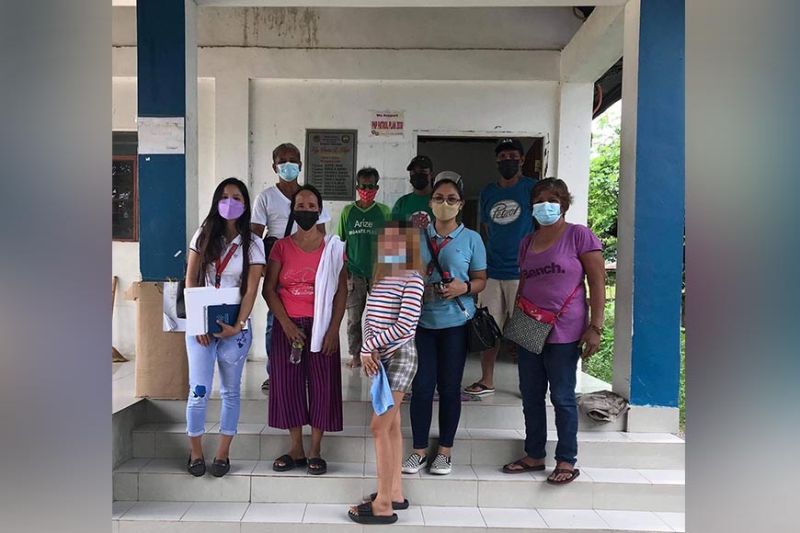 RESCUED. A teen rescued from the street of Angeles City was reunited with her family in Nueva Ecija through the efforts of the Angeles City Government led by Mayor Carmelo “Pogi” Lazatin, Jr. with a team from City Social Welfare and Development Office and Angeles City Disaster Risk Reduction and Management Office. (Angeles City Information Office)

THE Angeles City Government, under the leadership of Mayor Carmelo “Pogi” Lazatin, Jr., on October 6, 2021, facilitated the return of a street individual to her family in Guimba, Nueva Ecija.

"Rachelle" (not her real name), 15 years old, was rescued in Barangay Cuayan during the city-wide inter-office rescue and saturation operation of displaced families, homeless street children and mentally challenged individuals.

Lazatin wanted to prioritize the safety and welfare of Angeleños and individuals living in Angeles, ensuring that no one will stay out in the cold streets of the city, especially this coming holiday season.

After the members of the City Social Welfare and Development Office (CSWDO), headed by Edna Duaso, conducted interview and assessment on Baldo and knew that she was originally from Guimba, Nueva Ecija, Chief Adviser and Tactician IC Calaguas immediately coordinated with Angeles City Disaster Risk Reduction and Management Officer-in-Charge Rudy Simeon to assist the street individual to be reunited with her family.

To date, a total of 75 individuals were rescued in the city-wide inter-office rescue and saturation operation, which was supervised by Calaguas and Executive Assistant IV Reina Manuel, with teams formed from members of CSWDO; Angeles City Tourism Auxiliary headed by Michael Lising; Gender and Development Office led by Mina Cabiles; and representatives of the Angeles City Women and Children Protection Center and Angeles City Police Office.

According to Duaso, all children, elderly, individuals, and families who will be rescued will be reunited with their families.

If they are from the city, they will be returned to their homes, but if not, they will be turned over to the city’s custody centers -- the city-run Bale Puso for abandoned elderly and the Kanlungan ng Kabataan for the youth.