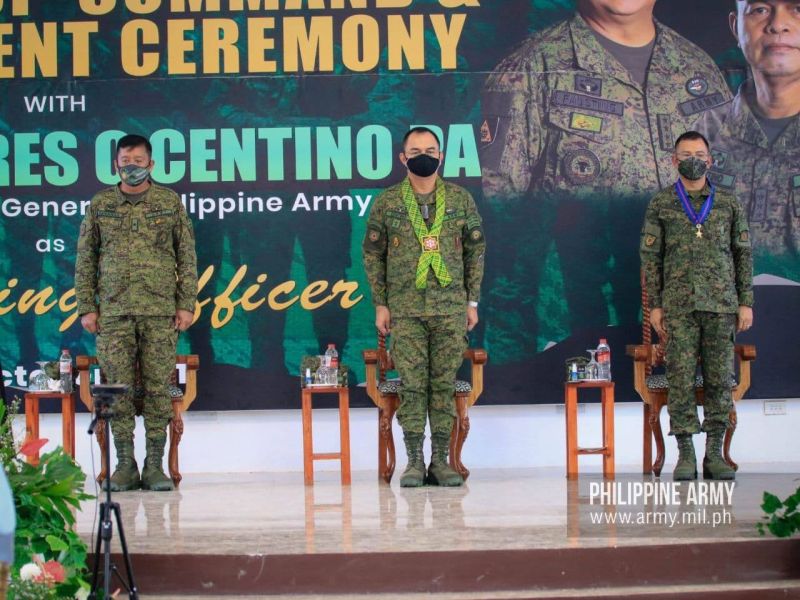 "To Major General Diñoso, happy retirement to you! Together with your family, enjoy the days ahead. And to the men and women of 8ID, I enjoin you to give Brigadier General Mamawag the same trust and support,” said Centino.

“Rest assured that the Headquarters Philippine Army will provide all necessary equipment and resources for your Division to triumph over the enemy and sustain your unit's milestones for the months ahead," he added.

General Jose Faustino Jr., chief of staff of the Armed Forces of the Philippines, also joined the ceremony via video teleconference.

Mamawag, a graduate of the Philippine Military Academy (PMA) "Makatao" Class of 1989, previously served as commander of 603rd Infantry Brigade and assistant division commander of 8ID.

“His broad exposure to his past duties in administrative and operational units and offices adequately prepared him as he takes the helm of 8ID,” the Army said.

Diñoso, a member of PMA "Maringal" Class of 1988, also “led the Stormtroopers in attaining significant gains for the Army and the people of Eastern Visayas.”

In a statement, Centino congratulated both Diñoso and Mamawag “for their accomplishments in serving the communities and their personnel.” (SunStar Philippines)