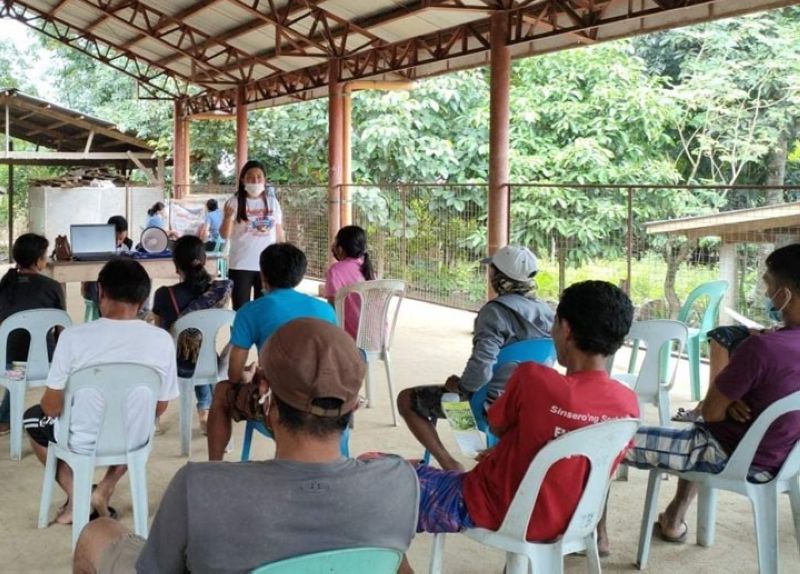 THE Department of Agriculture-Zamboanga Peninsula has provided additional farm implements for abaca production to indigenous people (IP) farmers in the province of Zamboanga del Sur.

DA Regional Executive Director Rad Donn Cedeño said the farm implements were handed over to the farmers during the abaca production training Friday, October 8, which was attended by 26 IP farmers.

The DA conducted the training through the Philippine Fiber Industry Development Authority (PhilFIDA) to train the beneficiaries of the abaca under the Kabuhayan at Kaunlaran ng Kababayang Katutubo (4K) project on the different standards of good agricultural practices that they could follow.

Cedeño said the training is also to capacitate the beneficiaries as to farm establishment, care, management, handling practices and the like.

“They were trained to apply the good farming practices that could maximize the potential of the Indigenous People,” Cedeño said.

Those who attended the abaca production training belong to the Pilas Subanen Indigenous Cultural Community, a tribal group in Pedagan and Paraiso, Mahayag, Zamboanga del Sur.

Additionally, 12,000 Abaca seed pieces were already delivered to the association in support of the intervention.

With the DA-Zamboanga Peninsula, 4Ks program focuses on reaching the municipalities, which are classified as Ancestral Domain (AD) to extend module packages for the IPs necessary for their production.

Reaching the tribal groups to conduct training is one of the key strategies to prepare them for the livelihood intervention to be given, and one way of creating and preparing them for economic upliftment in the area, according to Cedeño.

Jurey Cris Ponio and Ruby Jane Padilla, who was the resource persons of the training, opted to introduce the proper farm establishment, care, management, handling practices and the like.

Present during the training were Juvy Guatno, 4Ks focal person and the 4K Staffs. (SunStar Zamboanga)