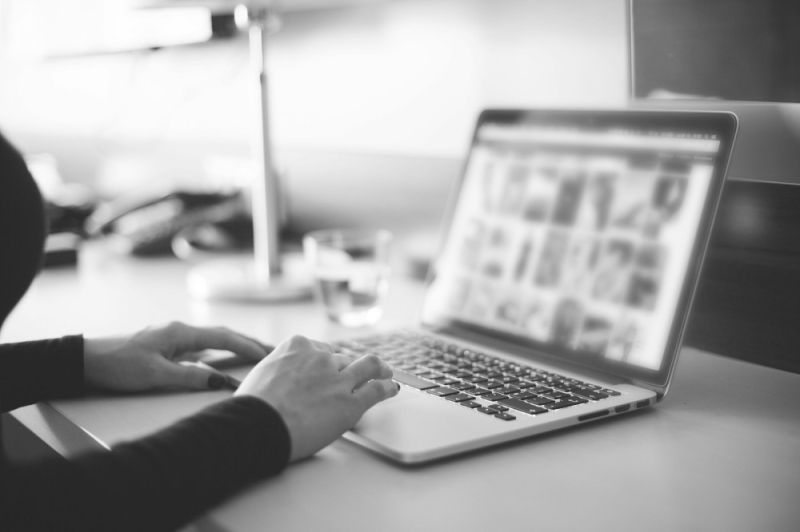 Media literacy. Being critical in scrutinizing the information or claims made in a post before sharing this with other netizens is a standard of ethical online behavior to keep the net from circulating false information and creating confusion, anger, and fear. (Pexels.com)

OVERSHADOWED by the War of Drugs waged by Rodrigo Duterte in 2016 was the “social media war” targeting opponents and critics, reported Lauren Etter in a Dec. 7, 2017 article posted on Bloomberg Businessweek.

One of the first to track the use of the state’s unlimited resources to attack and destroy dissent was Maria Ressa, co-founder of the online news site Rappler.

Last Oct. 8, Ressa and journalist Dmitri Muratov of Russia were honored with the 2021 Nobel Peace Prize for leading the fight “to safeguard freedom of expression, which is a precondition for democracy and lasting peace.”

According to Etter, Ressa and the Rappler team tracked for months Facebook accounts that were “going after critics of Duterte” and “linked back to pro-Duterte pages.” The team compiled these accounts into a database they called the “Shark Tank.” Included were 26 fake accounts that contained “virulent” messages that threatened violence, rape, and death against their targets.

By December 2017, the Shark Tank contained 12 million accounts that posted support for Duterte and attacked his critics.

Once viewed suspiciously as a breeding site for activists and dissidents, social media is increasingly the favorite tool used by authoritarian regimes to intimidate and silence citizens. The campaign to unleash the Internet against a “wide range of opponents—opposition parties, human-rights activists, minority populations, journalists” is referred to by Etter as “patriotic trolling.”

It is a disinformation strategy to create the viral appearance of a “groundswell of organic support for the government,” writes Etter. She adds that there is evidence supporting that some governments, including the Duterte administration, taps “true believers” and trolls to attack opponents through social media platforms and the comments sections of news websites.

Patriotic trolling changes the nature of social discourse online. On Oct. 3, 2016, Ressa published on the Rappler a three-part series on “Propaganda war: Weaponizing the internet.”

She first brought to the attention of the public the strategy of “death by a thousand cuts,” using the vast resources of the internet and powerful algorithms to “shape public opinion, tear down reputations, and cripple traditional media institutions.”

“Weaponizing the internet” means for Ressa a “chipping away at facts, using half-truths that fabricate an alternative reality by merging the power of bots and fake accounts on social media to manipulate real people.”

A paid propaganda campaign by a team of three operators can earn as much as P15 million a month, according to the Rappler special report. Ressa warned that these propaganda accounts “create a social movement that is widening the cracks in Philippine society by exploiting economic, regional, and political divides.”

When the weaponized internet is released against political critics, there is a “chilling effect” of silencing dissent and discussion, hallmarks of a working democracy.

How can netizens prevent the social media war that turned the 2016 election into the darkest and ugliest in online discourse from unleashing the same incivility and vitriol in the months leading to the 2022 election?

Media literacy must be sustained. Filipinos are internet-savvy but very many are still unable and indifferent in distinguishing misinformation from disinformation. Being critical in scrutinizing the information or claims made in a post before sharing this with other netizens is a standard of ethical online behavior to keep the net from circulating false information and creating confusion, anger, and fear.

The self-regulation of netizens is crucial for keeping the internet safe for civil discourse. It is important that citizens discuss, respect differences of opinions and beliefs, and give feedback without resorting to insults, threats, and other forms of toxic behavior.

Netizens must resist and fight weaponizing the Internet, beginning with their own mindset and behavior.