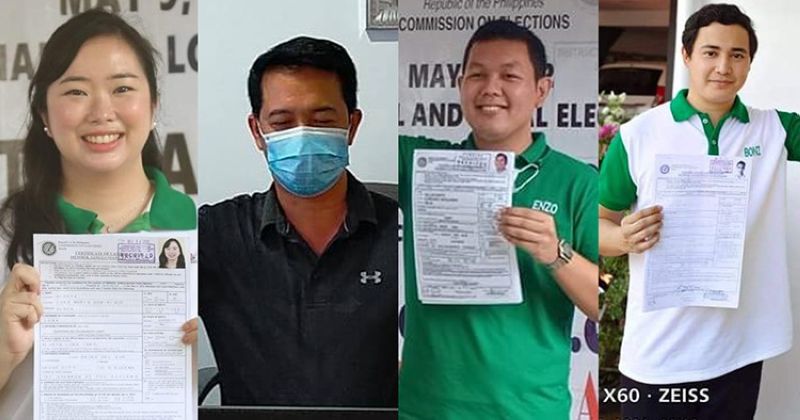 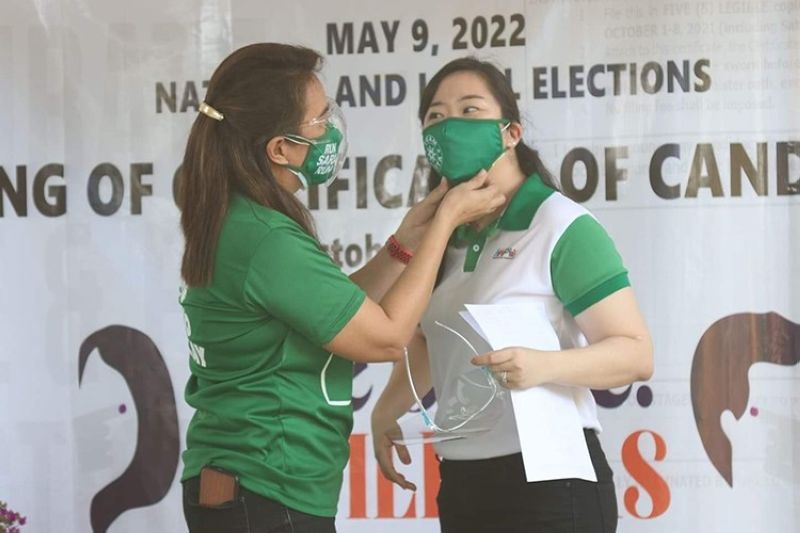 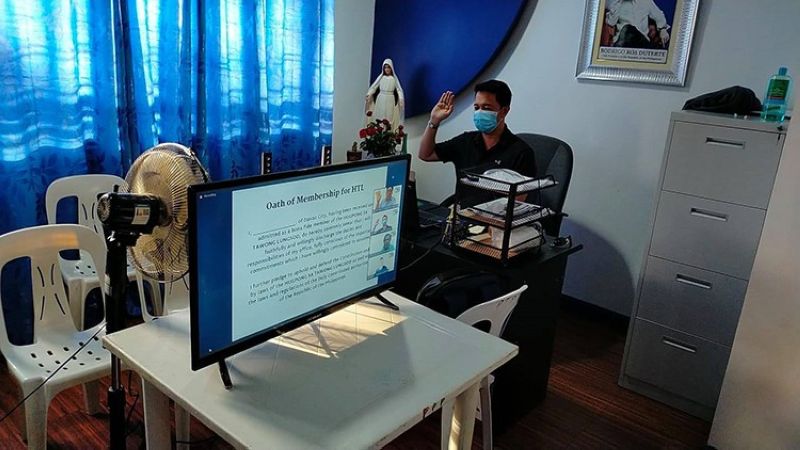 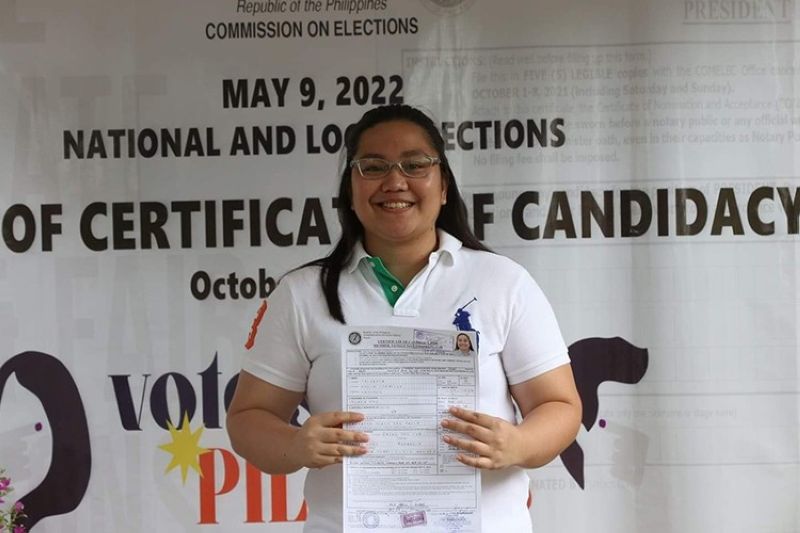 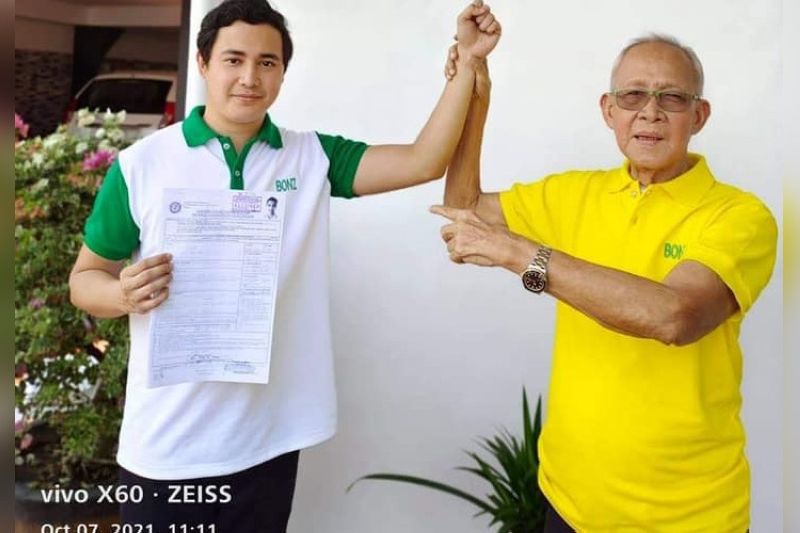 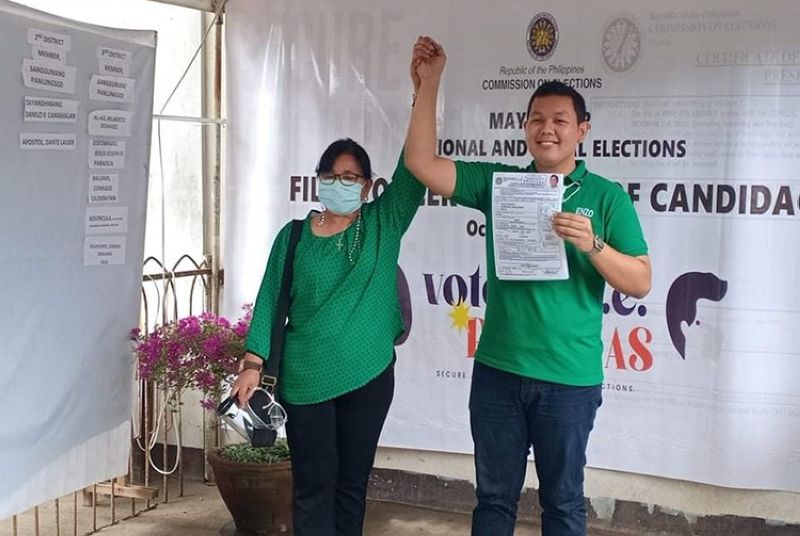 THE eight-day filing for the certificate of candidacy (COC) this year was a different sight, as compared to the previous "festive" atmosphere.

In Davao City, the vote-rich capital in Davao Region, composed of nearly 1 million voters in the 2019 Comelec census, many aspirants flocked to the Comelec office.

There were no loud parades and send-offs. The local media were also outside the offices of the Commission on Elections-Davao (Comelec-Davao) with the "new normal" setting of the 2022 elections.

Majority are composed of incoming and former officials, barangay officials, relatives of former officials, candidates who lost in previous elections, businessmen, a former broadcast journalist, a human rights advocate, and even a natural medicine doctor.

But what is notable is the number of millennial candidates trying to make their own name in the field of politics and public service.

Formerly a commercial pilot, Danilo II entered the field of politics as a barangay kagawad in Buhangin Proper in 2019 after his sister Lexee Dayanghirang was appointed as Commissioner of the National Youth Commission.

The young Dayanghirang is set to follow the footsteps of his father, who is running for second district House of Representative.

Despite being a newbie in the political field, he felt no pressure, as he personally witnessed his father, who had been a councilor since the 1990s.

One of his father's advocacies that the young Dayanghirang would like to continue is to provide more adequate water supply, not only for district 2, but for the entire Davao City.

Another new player is Bonz Andre Militar, who has been a chief of staff of his grandfather, longtime Councilor Bonifacio Militar.

Bonz, an information technology graduate, was a college professor before his grandfather offered him to lead his team in 2016 to head the program implementation in barangay projects.

"Starting 2016, he already knew that I would succeed him. Back when I was still his chief of staff. He already trained me in the legislative field. I am also engaged in his ordinances and legal works," he said.

With the Militars, being longtime public servants, he saw how his grandfather solidified his tenure in the Council as a well-known and credible lawmaker. He added that he is proud of his “lolo’s” landmark ordinances such as the No Smoking Ordinance and Firecracker Ban Ordinance.

If given the chance to be elected, Bonz said he will be pushing for more ordinances that will improve digital transactions and strengthen internet and telecommunications connectivity in the city, which can be adopted under the new normal. This is part of the city’s direction to be a “smart city.”

Another councilor who is set to have her third and last term is Councilor Mary Joselle Villafuerte. With this, her son from the late Councilor Jose Louie Villafuerte, Lorenzo "Enzo" Benjamin, is about to make his name in the political arena.

Enzo, a licensed physical therapist, is set to continue the advocacies of his mother, particularly in the health sector.

Growing up with both parents in the field of public service, he said all of his siblings had been exposed to outreach programs and medical missions.

If given the opportunity to serve, he will be pushing for ordinances and programs that are centered towards health care.

Prior to being the legal team head of her mother's office, she had undergone training at the Public Attorney's office.

She is looking forward to enacting ordinances in relation to legal and environmental concerns, which has been the heart of public service from her mother and grandparents.

Former basketball coach Paola Salvador shifted her career towards politics, by running as second district councilor as an independent candidate.

Salvador, once a student athlete, said she will be pushing for legislation supporting the local sports and peace development.

“I saw that no one is advocating for sports. I’m really an advocate for sports and peace development. That is one of my platforms,” Salvador said.

Roberto "Tambi" Sarenas is also running for councilor in the first district. Being a grandson of former Davao City Mayor Rodolfo Sarenas (1953 to 1954), he is the first Sarenas to run again for a higher local position after decades of absence.

Tambi was a former employee of the Office of the Ombudsman-Mindanao from 1991 to 2013. He later on joined the camp of Paolo Duterte in 2013, when the latter was elected as vice mayor in the city. He was his legislative researcher. He followed suit when Duterte was elected as First District Representative.

With his experience in government, particularly in the legislative side, this was one of the factors why he decided to run for councilor.

“I saw the demands, needs, and problems in the city. If given the chance to serve, I will do a sectoral approach in serving our fisherfolks, LGBT communities especially hate crimes, and support our persons with disability,” Tambi said.

Role of the ‘millenials’ in legislation

Bonz believes that being an offspring of a well-known public servant has its advantages and slight disadvantages. For his part, there are high expectations, considering his grandfather had crafted around 400 ordinances in his career.

As a millenial, he said these age groups are essential in the political landscape. With the emergence of social media, the young had been more engaging in socially relevant issues, which fueled their desire to serve and run for public office.

Enzo, meanwhile, said it is a privilege to be a part of a family in the public service. But at the same time, a “tough one” considering they are carrying the name and legacy of his parents.

"It's a tough act to follow, especially since my mother is known as one of the hardworking councilors. Dapat careful kami, dapat di namin ma-ruin ang image ng family name namin. My parents always tell me, don't do anything that will tarnish the family name.," Enzo said.

With more than 50 percent of the voters belonging to the younger sector, he said having millennials in the political arena is important as they will serve as their "voices" when crafting legislation.

Luna admitted that she cannot compare herself to the achievements of her mother, but she hopes to make a name for herself.

While some voters remain devoted to longtime politicians, she said having new names in the political race would create a more healthy environment.

"I think that an infusion of new ideas is always a good thing since we won't be stuck in the past mindset, past thinking. It would be a good thing to balance the millennial mindset with the experience of the older generations. It's not about erasing what they have done before but adding to it in helping improve Davao City," Luna said.

While his family had already made a mark in public service in the city, Tambi admitted it is a challenge for him as a first timer considering he’s an “underdog” as majority of the voters are from the youth sector.

Nonetheless, people like him, he said, would be of big help in creating change to help the city be more progressive. (RGL)