Bzzzzz: You didn't know or you forgot: Mike, Tomas, Cutie, other BOPKs ran in 2010 for same posts in 2022. A few switched sides, yet they're the same people... Dave Tumulak, Doc Tess. 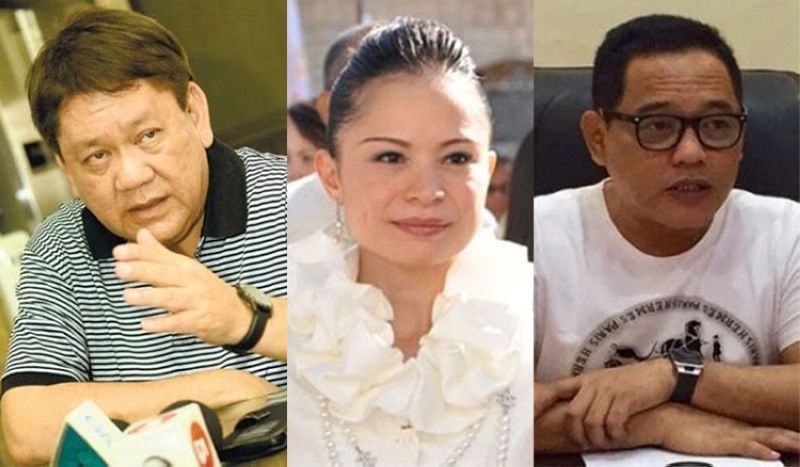 Blast from the past

CHECK the 2022 slate of BOPK (Bando Osmeña-Pundok Panaghiusa) against the said party's ticket in 2010 and you'll see that most, if not all, are in both lists.

Del Mar beat Mary Ann de los Santos in 2010 and now for 2022, they're in the same tent: Mary Ann runs for councilor under BOPK.

Tomas faces Edu Rama, who was in BOPK's councilors lineup in 2010. Mike Rama, BOPK's bet for mayor 12 years ago, whose party chief and mentor was Tomas, battles with Margot, Tomas's wife and surrogate and BOPK's standard bearer.

Also BOPK councilor bets then but now with Barug: Edu Rama, who's facing Tomas in the south congressional fight, and Joey Dauz who's Barug's campaign manager. Mary Ann de los Santos, Kusug's bet whom Cutie del Mar beat in 2010, is running under BOPK for councilor. Rodrigo "Bebot" Abellanosa, No. 1 councilor in city south in that year, is term-limited as congressman and will sit out the 2022 race.

They were all winners in 2010, 12 years or four elections ago, with BOPK making a total sweep in that year. The political landscape has changed since then. In the 2013 and 2019 elections, BOPK did not have the upper-hand.

Cebu City Councilor David Tumulak filed a COC or certificate of candidacy for mayor as an independent. He said he was given a Cona or certificate of nomination but did not use it. Not using his Cona, whose source he didn't name, he must think that running without a party will bring him more votes.

That's the first major call, as running as an independent is a huge risk, which he must know as a multiple-term councilor. Dave ran in 2019 as a Nacionalista, unlike Barug party mates who ran under PDP-Laban and BOPK colleagues whose COCs bore LDP. He polled 8.1 percent of the vote, or 156,755 votes, second only to Donaldo "Dondon" Hontiveros who got 8.3 percent or 161, 347. But the voter picks eight councilors and chooses only one mayor.

The second major call is picking the principal advocacy, which he says is peace and order. While peace and order is important in voters' lives, in this election, the issue to which people relate more is managing the health crisis and doing that without corruption and disruption of basic services.

Dave, like others hard-pressed to meet the deadline or calculating how to make the best out of a dire situation, have until November 15 to adjust or change political moves. In running Cona-less, whither thou goest, Kons Dave?

With One Cebu's vast stable of political leaders in Cebu province, scene-watchers wonder how it could nearly run out of candidates for vice governor.

While picking a doctor for Guv Gwen Garcia's running mate seems practical, Theresa Heyrosa is reportedly an ophthalmologist and, more crucial, the general populace is "not very much aware" of her. The "who's she?" query among media persons when she filed her COC indicates that.

When, days later, the public still didn't know more about "Doc Tess," they said One Cebu did a lot better in 2019 when it produced Daphne Salimbangon, who carried a prominent family name, yet was no match to public awareness about her rival Hilario Davide III. (Junjun Davide polled 55.80% of the vote against Daphne's 44.19%, an 11.6% or 162,484-vote margin.)