‘No substitution’ for Duterte-Carpio 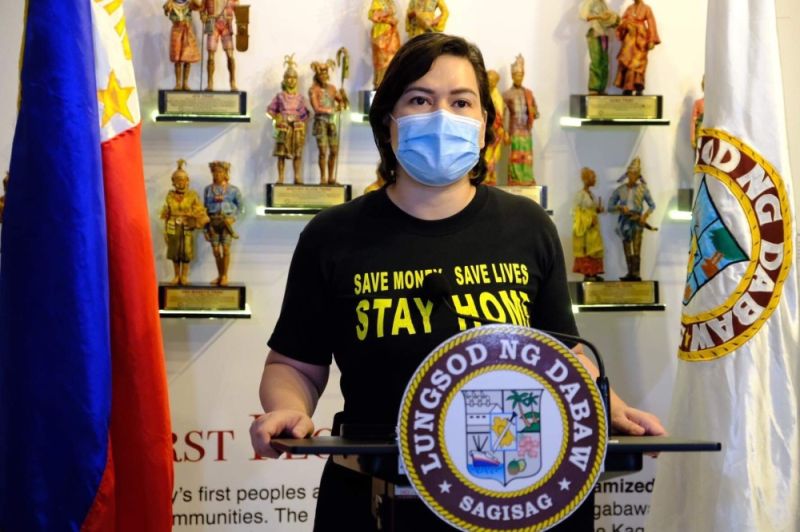 Despite mounting calls to succeed her father, Duterte-Carpio is firm in her reelection bid for the third and final time, Roque said in a text message on Friday, October 8.

“She said there will be no substitution,” Roque replied when pressed about his plan in case Duterte replaces dela Rosa as the standard bearer of the ruling party, Partido Demokratiko Pilipino–Lakas ng Bayan (PDP-Laban).

The substitution of candidates, according to the Commission on Elections, will end on November 15.

Roque said he was saddened to know that the mayor will not be seeking for presidency.

"That was when my heart was broken dahil (because) I wanted her to run for president. Pero siyempre umaasa tayo na baka magbago ang isip, pero hindi na nagbago (Of course, we hoped that she would change her mind, but she didn’t),” he said.

"Wala pong dahilan para sumakit ang aking loob (There is no reason for me to get upset)," he added

Duterte’s supporters gathered at the Cultural Center of the Philippines Complex on Friday, October 8, hoping she will beat the deadline for the filing of certificates of candidacy (COCs) at the Sofitel Philippine Plaza’s Harbor Garden Tent.

The mayor, in her previous statements, thanked her supporters for their trust and confidence in her. She also apologized to them for her decision as she wanted to finish her term as mayor before she will run for another position.

Dela Rosa, a former Philippine National Police chief, filed his COC an hour before the deadline on Friday, October 8. This had raised speculations that he will be a substitute candidate to Duterte-Carpio.

The mayor’s camp had not yet issued any statement on this matter.

"I can only surmise that there was no contact because otherwise, Mayor Sara would probably [be] a candidate by now," the spokesperson said in jest.

The local government, through the Davao City Information Office, said the mayor manifested mild symptoms and is in isolation "caring for other members who need medical attention" in the city.

Roque also announced the President will preside over the regular Talk to the People, signifying that he is in good health.

"I will be flying to Davao right after my press briefing, together with the selected members of the IATF (Inter-Agency Task Force for the Management of Emerging Infectious Diseases). So hindi naman po kami papupuntahin doon kung mayroon pong close contact si Presidente (We will not be invited there if the President had close contact)," the official said.