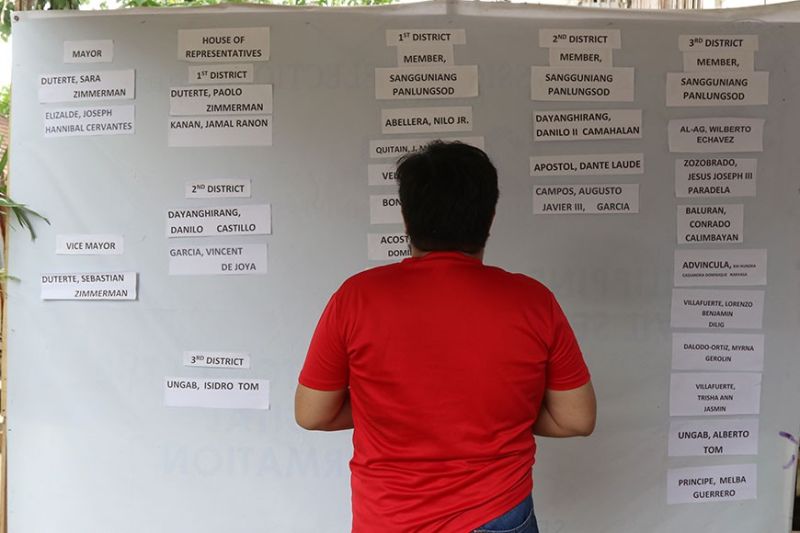 THE Commission on Elections (Comelec)-Davao received a total of 1,663 aspirants who filed their certificates of candidacy (COC) for the 2022 elections.

Lawyer Gay Enumerables, Comelec-Davao assistant director, said in a radio interview on Monday, October 11, that this covers all elective positions like mayors, governors, and councilors, among others.

Enumerables has yet to provide a breakdown per position per province.

Enumerables clarified that they are still not considered as official candidates as they will undergo the scrutiny of the Comelec.

While there is no definite date yet, she said the campaign period for national positions will start in February next year, while for locals, it will be in March.

Enumerables said the withdrawal and substitution of candidates will be allowed until November 15, for as long as they belong to the same political party.

She added that the national Comelec will also approve the candidacy of the aspirants. They will also decide if the aspirant is deemed a "nuisance candidate."

An aspirant can be considered a nuisance if he or she is not capable of undertaking a campaign. She also said that they can be deemed as such if there is a petition against them.

Enumerables, meanwhile, reminded those who have not yet registered for the 2022 elections to take advantage of the extension of the voters registration, which resumed on Monday, October 11.

The voter registration will be open from 8 a.m. to 5 p.m. Mondays to Fridays. There will be no weekend operations, except on October 30, which falls on a Saturday and the last day of the registration.

The Comelec-Davao office inside Magsaysay Park had provided 500 priority numbers for the voter’s registration per district.

Enumerables reminded the public not to wait for the deadline before they register.