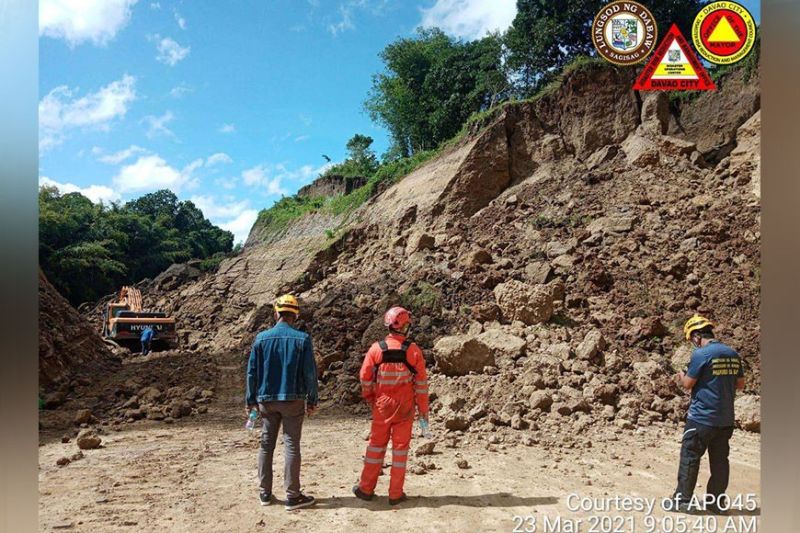 THE Davao City Disaster Risk Reduction and Management Office (DCDRRMO) has advised the Dabawenyos, especially in hazard-prone zone areas, to brace for possible flooding and landslide due to continuous rain and thunderstorms during the La Niña season.

Chief of CDRRMO Alfredo Baloran, over the Davao City Disaster Radio Monday morning, October 11, urged residents in hazard-prone areas to exercise vigilance as Davao City is experiencing continuous rain and thunderstorms during the La Niña season, which is expected to extend up to the first quarter of 2022.

“On the onset of rainy season, La Niña, murag naa gyud kusog na pag-ulan, thunderstorms... base sa forecast sa Pagasa, hangtod pa ni sa first quarter of 2021. Among gihangyo ang tanan nga kaigsoonan nga naa sa mga hazard areas, kaigsoonan nato nga nagpuyo sa mga landslide-prone area, delikado ang inyong ginapuy-an kay kung successive ang pagbunok sa ulan, mahumok ang yuta sa bakilid, delikado sa landslide (On the onset of the rainy season, La Niña, there is continuous rains and thunderstorms. Based on the forecast from Pagasa this will last until first quarter of 2021. We advise everyone who are in the hazard areas, those who are in living in the landslide-prone areas, the successive rains soften the soil in the slopes, making the area at risk to landslide),” Baloran said.

On October 4, Baloran said a landslide damaged three houses in Purok 64, Barangay Talomo Proper, affecting a total of 20 individuals, who are now temporarily sheltered with their relatives.

The said landslide happened after the intermittent rains in the afternoon and evening brought by Typhoon Lannie.

He said his office already sent letters warning mapped residents in hazard areas and reached out to barangay officials even before the landslide event.

He said the houses of the identified residents that have been observed to be at risk of landslide are those in abandoned quarries, adding that they advise people who are living in these areas to transfer to a much safer location.

He also warned residents living in low-lying areas to always monitor the weather conditions that may cause floods.

Residents can track the latest updates on weather conditions through the official Facebook account of the Davao City Disaster Risk Reduction and Management Office and the City Government of Davao Facebook Page. (PR)