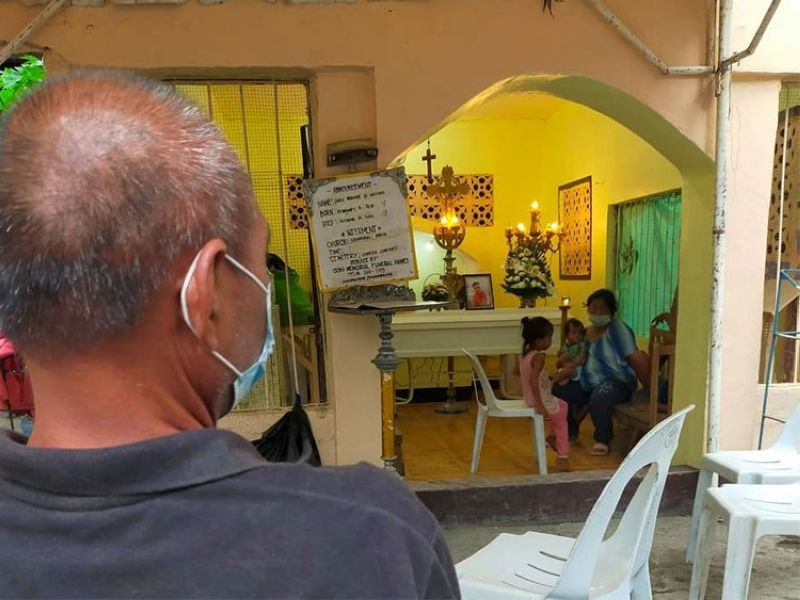 AN 11-year-old boy died a few hours after a steel traffic barrier fell on him, causing severe injuries to his head.

Chris Brainer Q. Ugsang, son of a candle vendor, died in the Cebu City Medical Center at 5 p.m. Sunday, Oct. 10, 2021, about four hours after he was pinned down by a traffic barrier at P. Burgos corner Legaspi streets in downtown Cebu City.

Enrique Ugsang, 52, told Superbalita Cebu that strong winds had knocked down one of three steel barriers that the Cebu City Transportation Office (CCTO) had placed along the road leading to the Commission on Elections (Comelec) office during the filing of certificates of candidacy on Oct. 1 to 8.

Ugsang, who sells bottled water for a living, was resting on the sidewalk of a building in the area together with another grandchild, when he heard his daughter Clarissa screaming for help.

He said the boy was lying on his side and was already unconscious when he came to the rescue.

Several others came to help, but it was Ugsang who lifted his grandchild and brought him to the hospital.

The boy sustained severe injuries to the left side of his head, including his forehead.

The family sought help from SunStar columnist and dySS broadcaster Bobby Nalzaro, who called the attention of the Cebu City Government.

Tumulak said he will ask the CCTO to submit an incident report.

Ugsang said he and his daughter Clarissa don’t plan to file charges against the City Government.

The boy was the second of four children. Clarissa is a widow, her husband having succumbed to an unspecified illness.

Ugsang said the boy had accompanied his mother Clarissa and a four-year-old sister when the incident occurred. (GPL)