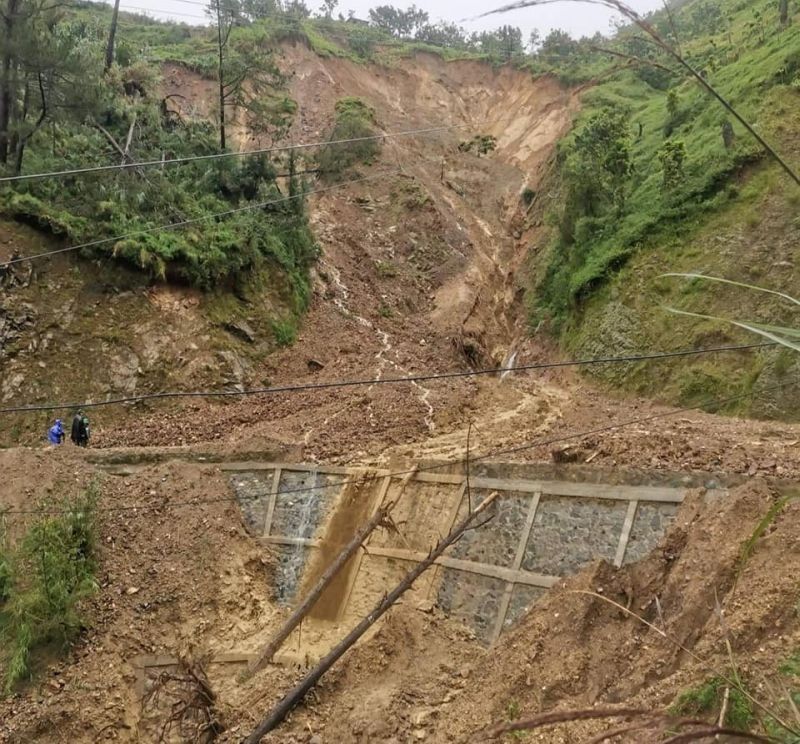 BENGUET. A section of the Jose Mencio Provincial Road in Atok, Benguet was closed due to a landslide triggered by Severe Tropical Storm Maring. (From Benguet Governor's Office) 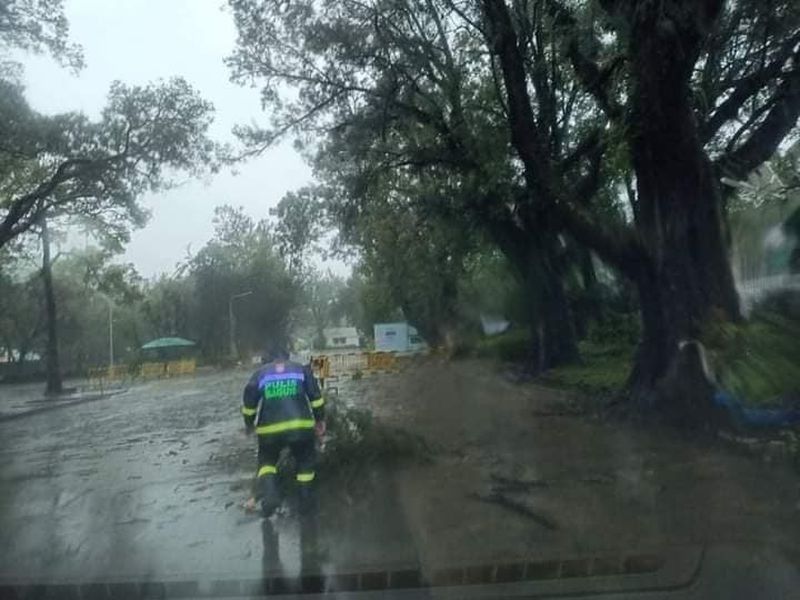 In a situation report as of 5:30 p.m. Tuesday, the National Disaster Risk Reduction and Management Council (NDRRMC) said the 11 fatalities included three children as young as two years old.

The three children and three adults perished in landslides in Benguet Province. Four others, including a 5-year-old boy, were reported to have died in Narra in Palawan while one, a 27-year-old male, was reported to have drowned in Claveria, Cagayan.

In the town of La Trinidad in Benguet, three children aged 2, 6 and 8 were buried under rocks and mud when a landslide hit their house.

The NDRRMC report said rescuers were able to retrieve the children and bring them to the Pines City Doctors Hospital, where they were declared dead.

Another landslide in Itogon, Benguet killed a 32-year-old woman, who was struck by a concrete post of her house. Her body was retrieved by rescuers.

In another landslide in Itogon, an 80-year-old woman died after she was buried under rocks and mud. Rescuers also retrieved her body.

In the Reyes Compound in Dominican Hill, Baguio City, a 53-year-old man was also reported to have died in a landslide that struck their house while he and his family were evacuating. Two girls, 4 and 12 years old, were missing while a woman was injured.

The NDRRMC report did not specify the cause or manner of their death.

Aside from the two missing children, two women and three men also went missing in Palawan. No other details were available.

The report also showed that aside from the woman who was injured in the Dominican Hill incident, a 26-year-old woman and 35-year-old man were also injured in Benguet landslides.

The storm strengthened after assimilating with the remnant low pressure area of Tropical Depression Nando.

There were 44 roads and 10 bridges that were rendered impassable while 48 cities/towns experienced power interruption, the NDRRMC report showed. As of 5:30 p.m. Tuesday, power had been restored in 34 areas.