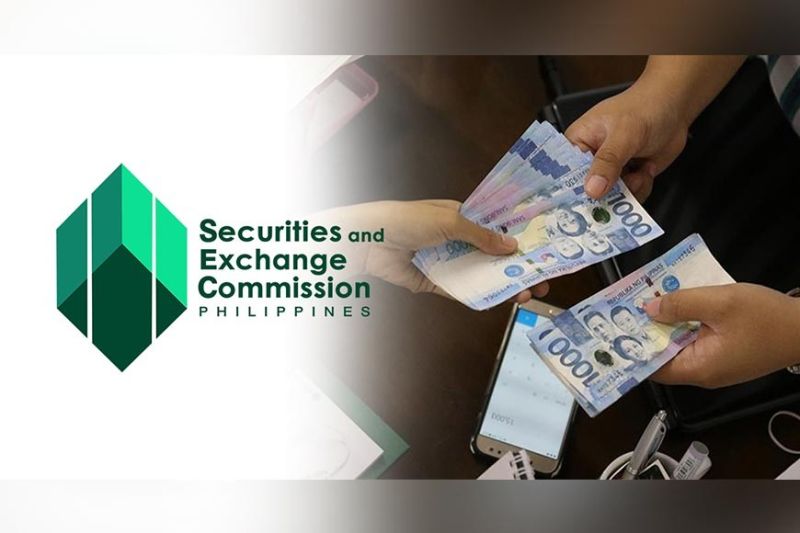 THE Securities and Exchange Commission-Davao Region (SEC-Davao) is currently investigating the legitimacy of Repa Paluwagan since their name is not registered in their system.

"Pero 'yun nga kasi minsan acronym siya, so ina-ano pa namin kung ano ang buong pangalan niya. Pero kung hanapin mo 'yung Repa lang na na-word, kung i-search siya sa database, wala siya. Hindi siya registered (We have to determine if their name is an acronym. But if you search for the word Repa in our database, it cannot be found. It is not registered in our system)," SEC-Davao Director Katrina Estares told SunStar Davao in a phone interview on Tuesday, October 12.

Davao City Anti-Scam Unit (ASU) chief Simplicio Sagarino revealed in a radio interview that the number of complainants against Repa, who filed complaints against its administrators for allegedly taking their investments, reached to 80 as of Tuesday, October 12.

Sagarino revealed in a recent SunStar Davao report that some of the complainants had invested as much as P11 million.

Estares said they were only aware of Repa's existence over the weekend after ASU informed them of their existence due to the large number of complainants.

She said that based on their received information, the administrators declared that Repa's system is “paluwagan,” wherein an investor will be sold a slot and will guarantee 50 percent interest within a week.

Estares, however, noticed an inconsistency in its reported schemes.

“Kaya nga naga-coordinate kami sa (We are currently coordinating) with the Anti-Scam [Unit], humihingi kami ng document sa kanila if meron bang (we are seeking additional documents if this is in) violation of Securities Regulation Code (SRC),” the official said.

"Pero scam gyud siya kay may naloko siyang tao, pero as to mag-fall ba siya sa jurisdiction ng SEC, ginatingnan pa namin kasi we are still verifying kung meron ba siyang return na sinasabi, kasi iba-iba mga schemes na sinasabi na nakakarating pa sa amin (But this obviously a scam because they fraud people, but as to the category that it would fall under the jurisdiction of SEC, we are still verifying it especially if this involves alleged investment return. We received reports of inconsistencies on the schemes they offered),” the official added.

Aside from violation of SRC, involved individuals in the reported illegal scheme may be charged for estafa or syndicated estafa, depending on the court ruling.

One of them is that it has no physical office, wherein transactions are not transparent on social media, which mostly happens on online group chats and private messages. She added the transactions made by the investors can hardly be detected because of this mode of transaction.

"Kaya nga hindi siya ma-trace ng mabuti. Isa sa mga redflags na sinabi namin is that kung patago siya na inaalok sa inyo, or may nag-iinvite sa inyo, 'wag na kayo mag-invest doon kasi in the first place bakit siya magtatago kung sa tingin niya legitimate 'yung ginagawa niya? (That’s the reason why they cannot be easily traced. That is one of the red flags that we have been telling. If a certain person secretly offers or invites you to invest, do not push through because in the first place, why would the transaction be secretly done if it is legitimate?),” the SEC official said.

Estares also cautioned the public against certain investment schemes that offer high interest rates compared to banks and other financial institutions at a short span of time as it is considered "too good to be true."

The official admitted that the complaints of the investors might undergo a long legal battle.

"Reminder namin sa tao kasi parati na madali maglabas ng pera, madaling sabihin na 'magbigay ako diyan', pero once na tumakbo na 'yung sino man 'yang kausap nila, mahirap na po mabalik 'yung pera nila (This is our reminder to the public that it is easy to shed money, but once it will be taken by the person you’re having transaction with, recovering your money would seemingly be impossible)," she said.

The official said the public should be more cautious in investing in the time of pandemic as more fraudsters are taking advantage of the current economic turmoil of the health crisis.

According to the complainants, Repa started its operation in the city five months ago. This had expanded to neighboring provinces such as Bukidnon, and even outside Mindanao such as Bohol and Cebu.

Compared to the investment scheme Kapa, which gained popularity in 2019, the interest set by Repa is higher as the interest would reach more than 50 percent in a short span of time.