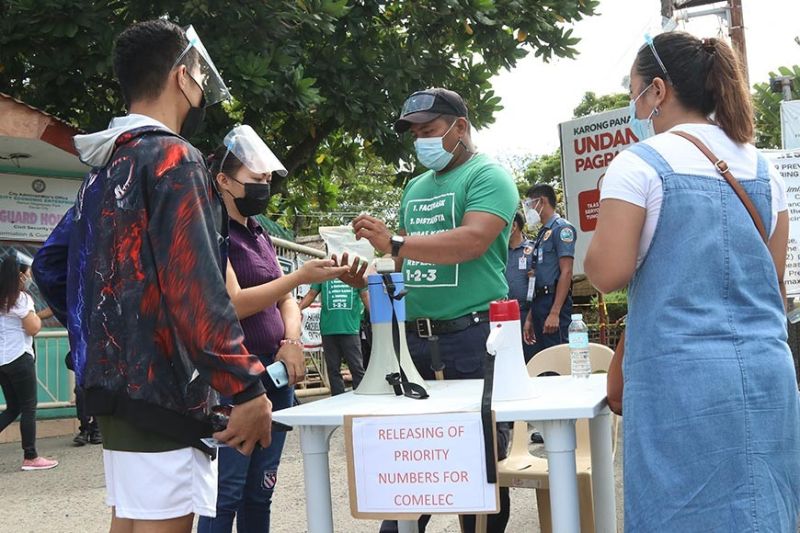 TO CATER to more registrants, the Commission on Elections-Davao Region (Comelec-Davao) is eyeing to have a satellite registration in some malls in the city.

Lawyer Gay Enumerables, Comelec-Davao assistant director, said in a radio interview on Monday, October 11, that with the city under general community quarantine (GCQ) with no registration, the Davao City Government allowed the conduct of satellite registration in malls.

"Kasi gi-allow naman sa Davao City (Because the Davao City government allowed us) to conduct mall registration... I heard sa (from our) election officer na sinabi niya na (that he said that) 'Ma'am we already got the permit for mall registration'," Enumerables said in an interview on 87.5 FM Davao City Disaster Radio.

The official said they are currently negotiating with a prominent mall in the city, wherein the management, based on their initial talks, is willing to accomodate Comelec to set up satellite registration in their area.

With the resumption of the voters registration on Monday, October 11, until October 30, Enumerables said they are also scouting for other areas in the city for the registration to cater more registrants considering the limited space inside its office in Magsaysay Park.

Currently, the Comelec-Davao office inside Magsaysay has provided 500 priority numbers for the voter’s registration per district. The city has a total of three congressional districts.

Satellite registration in barangays in the city is not allowed as per Comelec guidelines as the city is considered a "high risk" area due to the clustering of cases within communities.

Enumerables, meanwhile, reminded those who have not yet registered for the 2022 elections to take advantage of the extension of the voters registration, which resumed on Monday, October 11.

The voter registration will be open from 8 a.m. to 5 p.m. Mondays to Fridays. There will be no weekend operations, except on October 30, which falls on a Saturday and the last day of the registration.

Enumerables reminded the public not to wait for the deadline before they register.