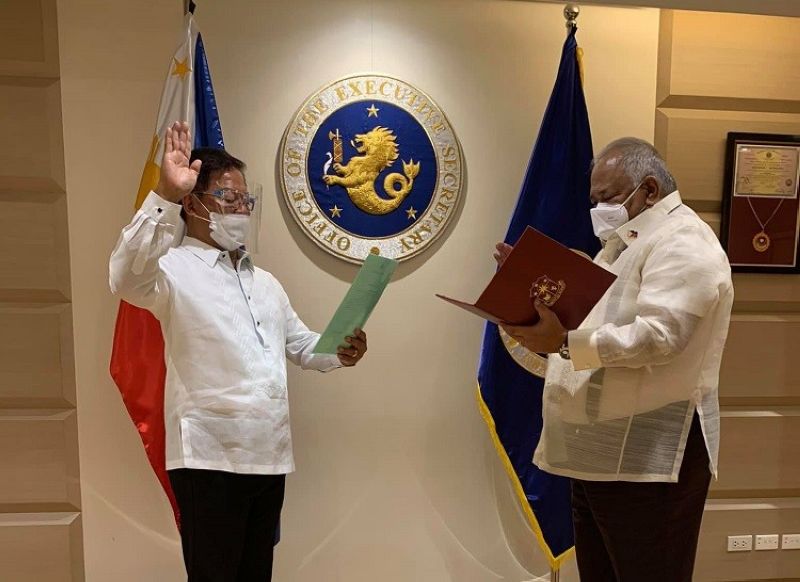 SOUTHERN Leyte First District Congressman Roger “Oging” Mercado has been formally sworn in as the new secretary of the Department of Public Works and Highways (DPWH), following the resignation of then-secretary Mark Villar who is joining the senatorial race in the May 2022 elections.

Mercado, who hails from Maasin City, took his oath before Executive Secretary Salvador Medialdea at the Malacañang Palace on Wednesday, October 13, 2021, after being appointed by President Rodrigo Duterte.

“Thank you, Mr. President, for the trust and confidence given to my father,” said Maasin City Mayor Nacional Mercado.

Mercado, 70, will be filling the shoes of Villar in the implementation of the national government’s “Build, Build, Build” program.

In the 18th Congress, Mercado served as Vice-chairperson of the House Committee on Public Works and Highways and deputy majority leader (Rules).

Mercado is a member of the Committees on Flagship Programs and Projects, Trade and Industry, Agriculture and Food, Natural Resources, Persons with Disabilities, Energy, Public Order and Safety, and Tourism.